‘The least I could do’: Bs fan swoops in for the assist, pays off Marchand’s parking ticket 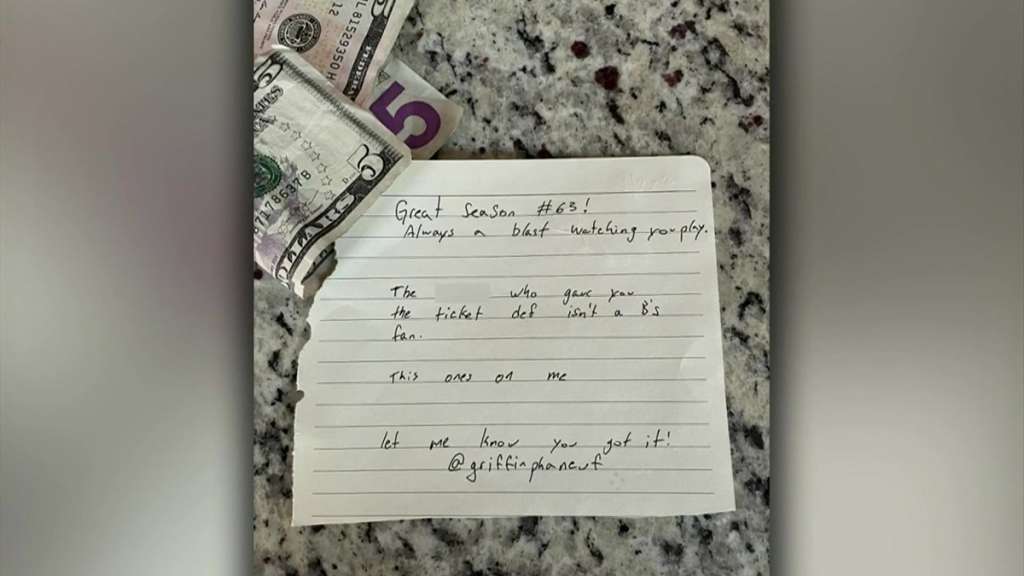 BOSTON (WHDH) - Brad Marchand has been dealt another blow — the Bruins star got stuck with a parking ticket in the North End.

But longtime Bs fan Griffin Phaneuf spotted it and stepped in for the assist.

Phaneuf was taking a walk in the neighborhood Thursday night when he says he saw the ticket on a car he knew belonged to Bruins winger Brad Marchand.

“I recognized it because I see him outside Starbucks all the time and I saw that he had a ticket,” he said.

After talking to his friends, Phaneuf decided he would pay the ticket himself. He says he left cash and a note on the car windshield.

“I said, ‘Great season 63 always a blast watching you play. The guy who gave you the ticket obviously wasn’t a Bs fan, this one’s on me,” he said.

Phaneuf says he is happy he could do something nice for one of his favorite players.

“I’m a huge Marchand fan, a huge Bruins fan and I think he had a tough week,” Phaneuf said. “He played really well but they came up short against the Islanders. So I thought it’s the least I could do as a Bruins fan.”