The ‘mis-adjustment’ of a harness sensor contributed to a teen’s deadly fall from his amusement ride seat, engineering firm finds 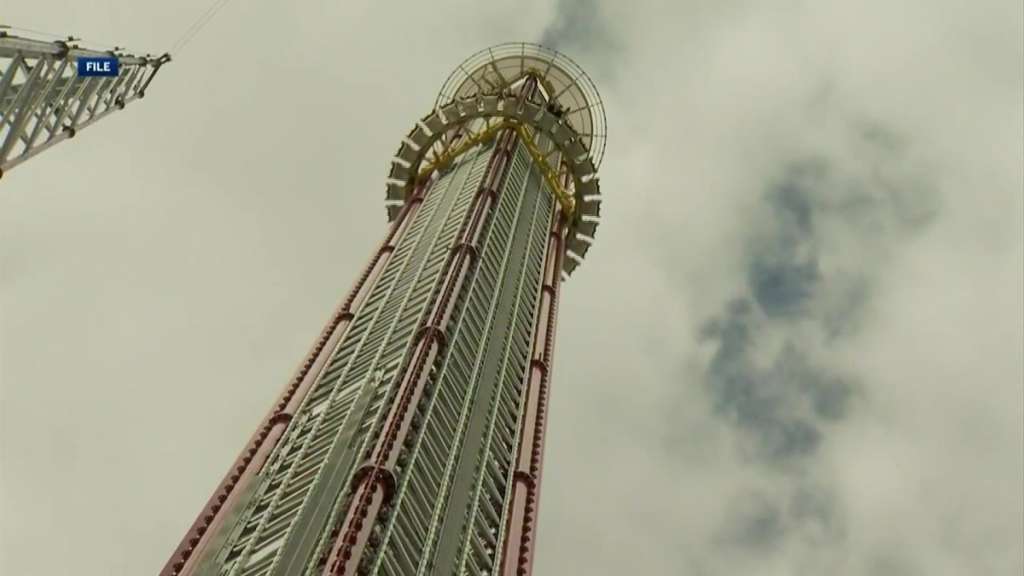 (CNN) — A 14-year-old fell to his death from a Florida drop tower amusement park ride last month because he was not properly secured — primarily because a seat sensor had been adjusted to let the ride operate with a greater gap than normal between his harness and his seat, a forensic engineering firm found in an initial report.

The findings of the firm — hired by Florida to help investigate Tyre Sampson‘s March 24 death at ICON Park outside Orlando — were presented Monday by Nikki Fried, the commissioner of the Florida Department of Agriculture and Consumer Services — which is responsible for inspecting amusement rides — and state Rep. Geraldine Thompson.

Manual adjustments had been made at some point to two seats on the FreeFall drop tower ride — including the seat Tyre was in — “presumably, to allow for larger riders, which should not have happened based on the manufacturer’s guidelines,” Thompson said.

The report by engineering firm Quest Engineering & Failure Analysis Inc. did not say when the sensors were moved — other than it happened after they were initially put in place — or who moved them or why they were moved.

The sensors’ locations were adjusted for two of the ride’s 30 seats, including the seat Tyre used, states the report, which the Florida agency released online Monday.

“The cause of the subject accident was that Tyre Sampson was not properly secured in the seat primarily due to mis-adjustment of the harness proximity sensor,” the report reads.

The ride normally will not function unless the seat’s sensors indicate that each seat’s harness — which goes over a rider’s shoulders and down onto the rider’s torso and lap area — is lowered to produce an acceptable gap between the lowest part of the harness and a raised section of the seat’s front edge, the report reads.

But because the sensors for two seats were moved, the ride would operate with larger-than-normal gaps between harnesses and those two seats, the report reads.

“The mis-adjustment” of the two seats’ sensors allowed safety lights for each seat, and corresponding lights on the ride’s main control panel, to illuminate, “improperly satisfying the ride’s electronic safety mechanisms and allowing the ride to commence even though the ride was unsafe,” the report reads.

An attorney for the ride’s operator, Orlando Slingshot, responded, saying Monday, “all protocols, procedures and safety measures provided to us by the manufacturer of the ride were followed.”

The FreeFall’s tower stands at 430 feet. The ride takes riders up and then drops them nearly 400 feet at speeds that reach more than 75 mph, according to the park. It was described by its operators as the world’s tallest freestanding drop tower.

In video circulating on social media that purportedly shows the March 24 incident, roughly five seconds after the ride starts its drop — perhaps two-thirds down the tower — a person falls from one of the seats as the vehicle decelerates.

For all the seats, Quest’s engineers — who went to the site to investigate in early April — positioned the harnesses to the maximum harness-to-seat gap that still would illuminate each seat’s safety lights. The average gap for the unadjusted seats was 3.33 inches.

However, the gap in the seat Tyre used was 7.19 inches, and the gap for the other adjusted seat was 6.51 inches, the report reads. Video evidence at the time of Tyre’s death shows the opening for his seat was more than 6 inches, according to the report.

The “harness proximity sensor (for the seat Tyre used) was manually loosened, adjusted and tightened to allow a restraint opening of near 7 inches,” about 4 inches more than the normal opening range for the restraints, according the report.

The opening could have grown to as much as 10 inches with force, according to the report, citing tests.

The ride’s operations and maintenance manual, which has been posted online by the state consumer services department, indicates the maximum passenger weight should be 130 kilograms (approximately 287 pounds). Tyre weighed approximately 340 pounds, his father told CNN.

The harness of Tyre’s seat “was still in a down and locked position when the ride stopped,” an accident report filed by the ride’s operator with the department said. The report, which was based on ride employee witnesses, did not mention the gap between harness and seat.

“It appears that the ride was not maintained in a safe condition due to what appears to be an intentional adjustment,” said professional engineer and certified safety professional Nathan Macdonald, who is not involved in ICON Park incident investigation and reviewed the Quest report at CNN’s request.

“If the sensors were positioned correctly, they may not have been able to close the patron restraint enough on Mr. Sampson for the ride electronics to enable a ride cycle to be initiated and they would have had to turn him away from the ride to continue operation,” said Macdonald, of Utah-based Alpine Engineering and Design Inc.

“It is not clear at this time who moved the sensors and why,” he said, adding more investigation hopefully will include sworn statements from people, such as maintenance personnel and operators, who might know about those circumstances. “Adjusting the sensors to allow a ride cycle to be run with such a large gap between the harness and the seat renders the ride unsafe to operate.”

Full review of ride should be performed, report says

The drop tower passed inspection on December 20, 2021, the document from the consumer services department noted, and no deficiencies were listed in the report. The agency has statewide responsibility to inspect all amusement rides in Florida, except for those at large parks that have more than 1,000 employees and have full-time inspectors on staff.

Now that investigators know more of what took place, they will next seek to find out how and why, before they assess what penalties may come, said Fried, the commissioner.

The operator’s attorney said Orlando Slingshot has “fully cooperated with the state during the initial phase of its investigation, and we will continue to do so until it has officially concluded.”

The ride has been closed since Tyre’s death, and it will remain closed “indefinitely,” Fried said Monday.

The Quest report said there are “many other potential contributions to the cause of the accident, and this report in no way assures the safety of the ride in the normal, adjusted or unadjusted harness positions.”

“A full review of the ride’s design, safety, operation, restraint mechanisms and history should be performed as this report just focuses on the physical evidence of the failure of the ride to secure Tyre Sampson,” the report reads.

ICON Park, where the drop tower ride is located, said in a statement it is “deeply troubled that the preliminary findings of the state’s investigation indicate a sensor on the Orlando FreeFall attraction, which is owned and operated by the SlingShot Group, had been mis-adjusted after the sensor was originally secured in place.”

“ICON Park is committed to providing a safe, fun experience for families. We will continue to support the Florida Department of Agriculture and Consumer Services with their ongoing investigation,” the statement read.