The mysterious origin of the northern lights has been proven 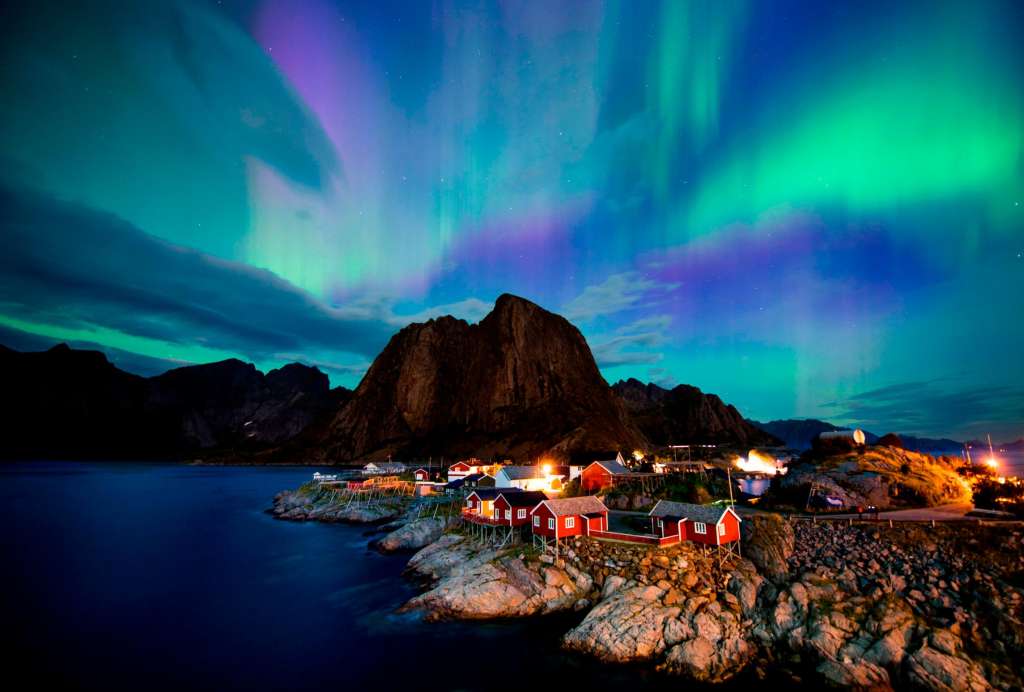 (CNN) — The aurora borealis, or northern lights, could easily be described as Earth’s greatest light show. A phenomenon that’s exclusive to the higher latitudes has had scientists in awe and wonder for centuries.

The mystery surrounding what causes the northern lights has been speculated but never proven, until now.

A group of physicists from Iowa State University have finally proven that the “most brilliant auroras are produced by powerful electromagnetic waves during geomagnetic storms,” according to a newly released study.

The study shows that these phenomena, also known as Alfven waves, accelerate electrons toward Earth, causing the particles to produce the light show we know as the northern lights.

“Measurements revealed this small population of electrons undergoes ‘resonant acceleration’ by the Alfven wave’s electric field, similar to a surfer catching a wave and being continually accelerated as the surfer moves along with the wave,” said Greg Howes, associate professor in the Department of Physics and Astronomy at the University of Iowa and co-author of the study.

This idea of electrons “surfing” on the electric field is a theory first introduced in 1946 by a Russian physicist, Lev Landau, that was named Landau damping. His theory has now been proven.

Scientists have understood for decades how the aurora most likely is created, but they have now been able to simulate it, for the first time, in a lab at the Large Plasma Device (LPD) in UCLA’s Basic Plasma Science Facility.

Scientists used a 20-meter long chamber to recreate Earth’s magnetic field using the powerful magnetic field coils on UCLA’s LPD. Inside the chamber, scientists generated a plasma similar to what exists in space near the Earth.

“Using a specially designed antenna, we launched Alfven waves down the machine, much like shaking a garden hose up and down quickly, and watching the wave travel along the hose,” said Howes. As they began to experience the electrons “surfing” along the wave, they used another specialized instrument to measure how those electrons were gaining energy from the wave.

Although the experiment didn’t recreate the colorful shimmer we see in the sky, “our measurements in the laboratory clearly agreed with predictions from computer simulations and mathematical calculations, proving that electrons surfing on Alfven waves can accelerate the electrons (up to speeds of 45 million mph) that cause the aurora,” said Howes.

“These experiments let us make the key measurements that show that the space measurements and theory do, indeed, explain a major way in which the aurora are created,” said Craig Kletzing, the study co-author.

Space scientists around the country were ecstatic to hear the news. “I was tremendously excited! It is a very rare thing to see a laboratory experiment that validates a theory or model concerning the space environment,” said Patrick Koehn, a scientist in the Heliophysics Division of NASA. “Space is simply too big to easily simulate in the lab.”

Koehn believes being able to understand the acceleration mechanism for the aurora-causing electrons will be helpful in many studies in the future.

“It does help us understand space weather better! The electron acceleration mechanism verified by this project is at work elsewhere in the solar system, so it will find many applications in space physics.  It will be of use in space weather forecasting as well, something that NASA is very interested in,” Koehn said in an email to CNN.

A long way to go

Now that the theory of how the illuminating aurora is created has been proven, there’s still a long way to go in forecasting how strong each storm will be.

“Predicting how strong a particular geomagnetic storm will be, based on observations of the Sun and measurements from spacecraft between the Earth and the Sun, remains an unsolved challenge,” said Howes in an email.

“We have established the link of electrons surfing on Alfven waves about 10,000 miles above the Earth’s surface, and now we must learn how to predict the strength of those Alfven waves using spacecraft observations,” he added.