‘The system’s busted’: Baker calls on feds to act as migrants settle into Joint Base Cape Cod 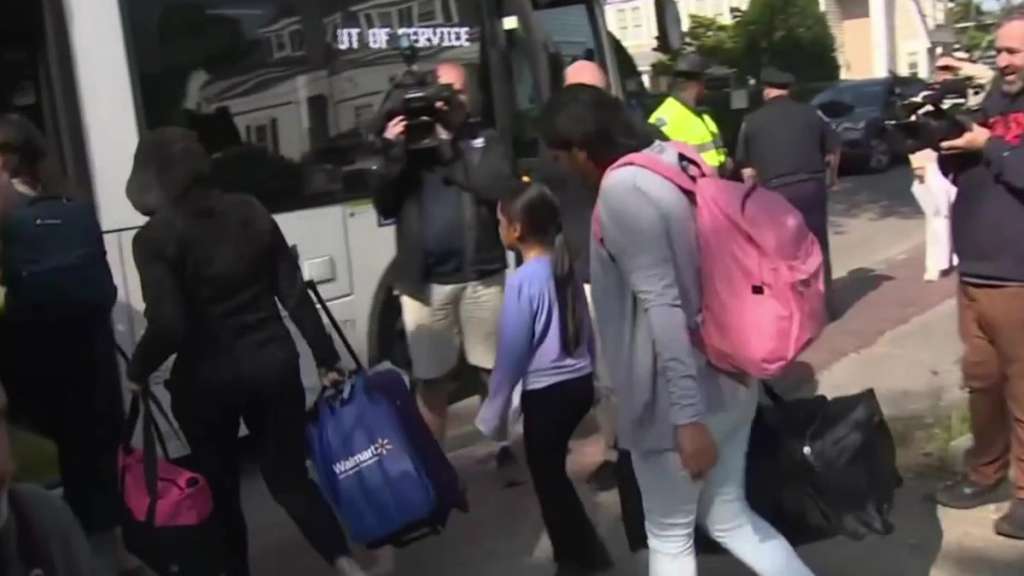 BOSTON (WHDH) - Gov. Charlie Baker put out a call to federal lawmakers on Sunday to take action on immigration reform, the same way community members snapped into action when 50 migrants arrived on Martha’s Vineyard earlier in the week.

Speaking at a news conference to give updates on the Orange Line shutdown, Baker shared his thoughts on the recent actions of fellow Republican Gov. Ron DeSantis, whose administration claimed credit for flying nearly 50 Venezuelan migrants from Texas to Massachusetts earlier in the week.

“Sending people all over the country, many of whom have no idea why they’re being sent where they’re going, isn’t a solution to the very screwed up immigration system we have in the U.S.,” Baker said.

Baker pointed to federal lawmakers, calling on them to take action and take on immigration reform much in the same way community members on Martha’s Vineyard and elsewhere stepped up when the migrants first arrived. The nearly 50 men, women and children are now calling Joint Base Cape Cod (JBCC) home for the foreseeable future.

Some of the migrants said they didn’t know where they were going, but were under the impression that they would be reuniting with family in some cases.

“We came with, as I say, the idea of reuniting with them,” said Yang Pablo Mora through a translator.

Backlash to what some are calling a political stunt has been building as public officials and nonprofits work to connect the migrants with services they need.

“These are the kinds of tactics we see from smugglers, in places like Mexico and Guatemala,” said White House Press Secretary Karine Jean-Pierre. “And for what? A photo op?”

DeSantis, meanwhile, has been standing by the migrant move, going as far as to say Wednesday may be just the start of a larger trend.

“We’re gonna spend every penny of that (funding) to make sure that we’re protecting the people of the state of Florida,” DeSantis said at a recent event. “And these are just the beginning efforts.”

On Sunday, Baker said he has been urging federal lawmakers for bipartisan immigration reform for years. He also said he was proud of how the people of Martha’s Vineyard came to the aid of the migrants and, when asked about if the state was prepared for future arrivals, he said “Yes.”

“We have a lot of ways we can help people who are here, or who come here, but what we really need, more than anything, is for the folks in Washington to get their act together and deal with the fact that anybody on the ground, anywhere, who does this work would tell ya the system’s busted and it needs to be fixed,” Baker said.

At the same time, attorneys representing many of the migrants at JBCC are calling on state and federal officials to open a criminal investigation into Wednesday’s incident.

The lawyers said they believe there may have been civil right violations committed during the process of flying the 50 migrants to Massachusetts via two charter planes.