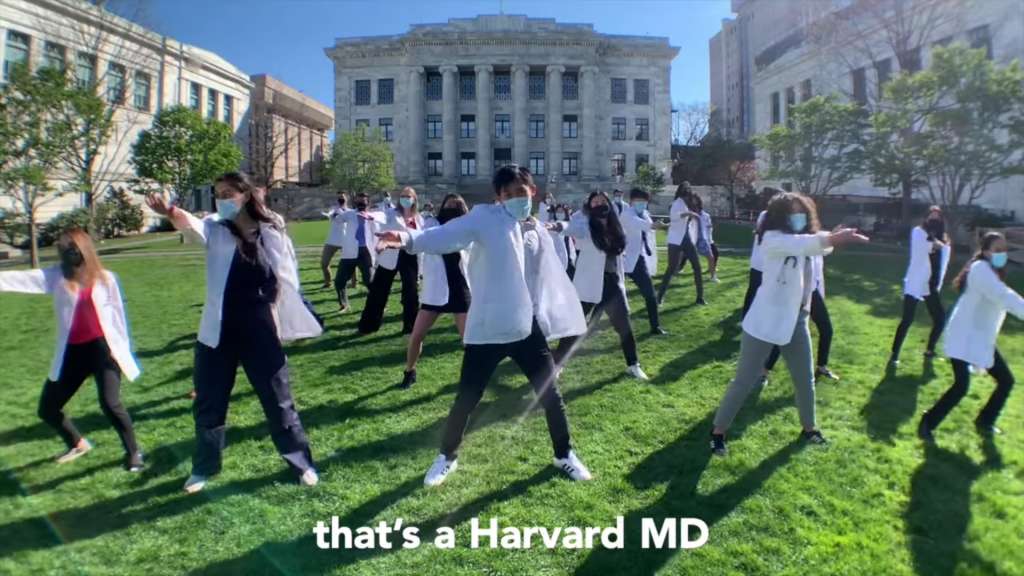 CAMBRIDGE, MASS. (WHDH) - Harvard Medical School students are letting the public know that “there’s some docs in this house” with their parody music video of Cardi B and Meghan Thee Stallion’s song “WAP.”

The first year students wrote new lyrics for the popular song and then directed, filmed and starred in a music video released Friday.

The students in the video were vaccinated prior to the time of filming and those who appeared in an indoor scene together without masks were members of the same household, according to medical school’s YouTube post.

The complete music video can be watched below: