‘This is our house’: The Warriors and Celtics are stepping up the trash talk for Game 3 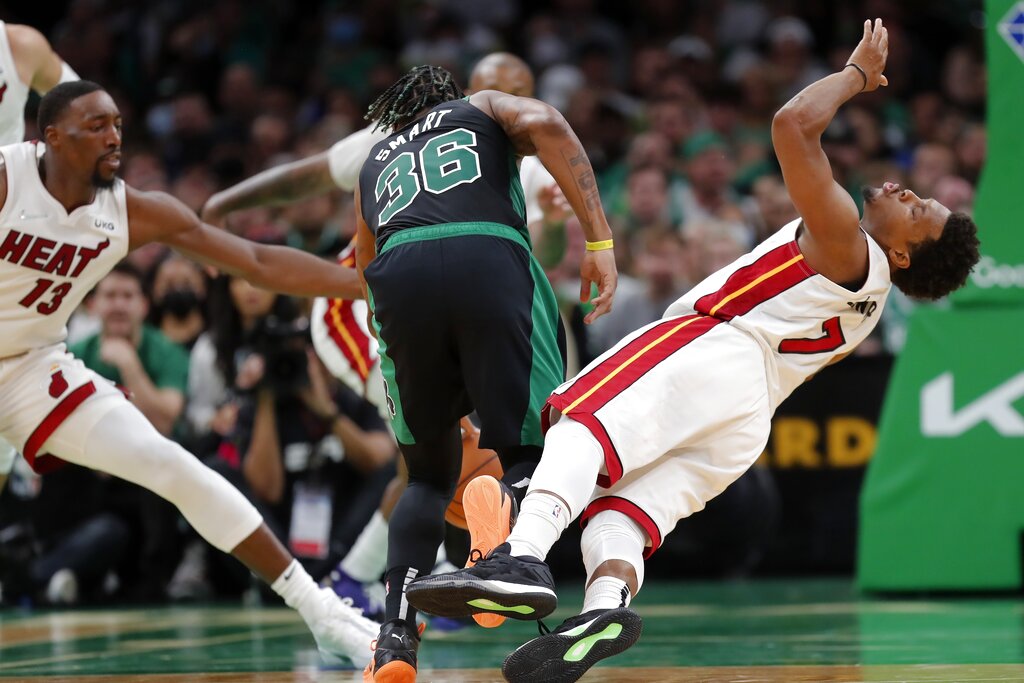 BOSTON (WHDH) - So far, the NBA Finals have been physical and players on both teams have not held back when it comes to trash talk.

“This is our house and we’ve got to protect it,” said guard Marcus Smart. “When you get hit in the mouth like that, there is only one way to respond and if you’re not really ready to do that then you don’t need to be on the stage.”

After the Celtics embarrassed the Warriors in Game 1, forward Draymond Green decided to step up his trash talking and physical play in an attempt to knock the Celtics out of their rhythm.

“That is my department. That’s where I’m supposed to lead and I can’t let my guys down,” Green said. “I just didn’t think they felt us enough and you can’t get to this stage, to this level and the reason you lose is because the team didn’t feel you.”

While Jayson Tatum enjoys the spirited competition of the NBA Finals, he said he is not really into trash-talking. Instead, he chooses to let his talent tell the story.

“I don’t know, I just go out there and play basketball right,” he said. “I guess I’m on the quieter side.”

Head coach Ime Udoka said he tells his team to stay true to themselves when a Warrior starts opening his mouth and throwing his elbows.

“I say be who you are. If you want to ignore it, ignore it. If you engage, engage. Do what you do. Be who you are,” he said.