Tokyo Olympics: A success? A failure? And how to judge? 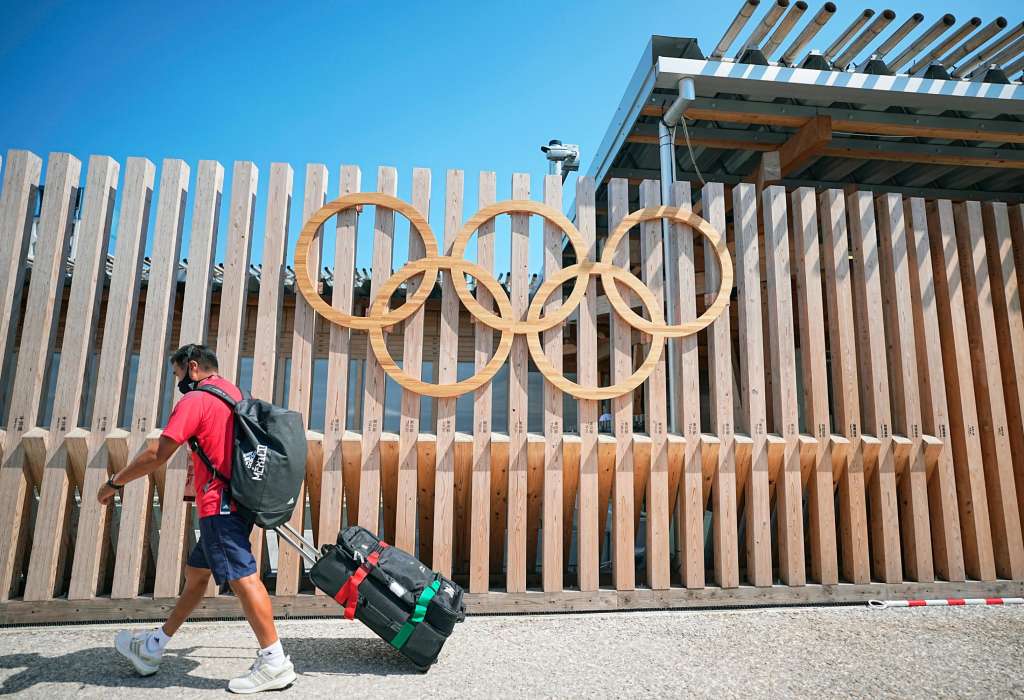 The entrance to the Olympic Village is shown at Tokyo 2020. A Tokyo public health expert says the Olympic bubble system "is kind of broken" just three days before the sporting spectacle is set to begin. (Michael Kappeler/picture-alliance/dpa/AP)

TOKYO (AP) — Will it be a success? A failure? Or none of the above?

It will take something much more nuanced than those basic notions to access the pandemic-delayed Tokyo Olympics when they wrap up in two weeks. The response will be twisted by dozens of parties with their own interests.

And how about the sponsors? Or the Japanese government and Prime Minister Yoshihide Suga. There is the Tokyo Metropolitan Government and Governor Yuriko Koike, who has higher political aspirations. The Tokyo medical community. And television rights holders like American television network NBC.

Just getting through it will be cast as a success by many. This may be the spin no matter what happens, particularly for the IOC, its broadcast partners and Japanese media. A half dozen newspapers in Japan are domestic sponsors and have a vested interest in portraying the Games positively.

The more the focus is on the sports — and off politics, costs, corruption, and COVID — the better it is for the Switzerland-based IOC.

Pushing on with the Olympics after the postponement — and during the pandemic — has hurt the IOC’s reputation in Japan. Kaori Yamaguchi, a former bronze medalist and a member of the Japanese Olympic Committee, said a few months ago that she was shocked to find the IOC operated primarily as an “entertainment” business.

The IOC generates almost 75% of its income from the sale of broadcast rights. Another 18% is from sponsors. Estimates suggest that canceling the Tokyo Olympics might have cost the IOC $3 billion to $4 billion. About 40% of the IOC’s total income is from one source — NBC.

“The focus (now) is on the field of play, on the athletes where we always feel it should be,” Kit McConnell, the IOC’s sports director, said Sunday after the first full day of competition.

The IOC also needs the focus to be off COVID-19. The Japanese public has been conditioned to expect some positive cases, and they are likely to accept this inevitability if all events are held and wrap up with medal ceremonies. Canceled events and unclaimed medals will be difficult to dismiss.

“It that happens, that would be a negative blow for the public, for the IOC, and everybody else,” Kazuto Suzuki, a political scientist at Tokyo University, told The Associated Press in an interview.

The biggest winner if the Olympics are portrayed positively will be Prime Minister Yoshihide Suga, whose ruling LDP party faces a general election this fall. Suga’s approval ratings keep dropping, tied to Japan’s slow rollout of vaccines and to his unpopular decision to barrel ahead with the Olympics despite opinion polls showing many Japanese opposed.

Suga’s advantage is the ruling party’s weak opposition. The LDP has ruled Japan almost continuously since the end of World War II.

Suzuki said Suga also has an eye on not wanting to fail with these Olympics given that Japan’s rival and neighbor, China, puts on its own show starting Feb. 4 with the Beijing Winter Games.

“They are afraid that China will be celebrated as the champion and global leader in this pandemic,” Suzuki said.

Seiko Hashimoto, the president of the organizing committee, has repeatedly said the Olympics will be successful if they are “safe and secure.” Pressed to elaborate, she has been unable to specify exactly what that means.

But it’s difficult to see how the Olympics can be portrayed as a success for the average Japanese. Fans are barred from all but a few outlying venues, and they’re being told to stay home and watch what is now an entirely made-for-TV Olympics.

Ditto for sponsors. More than 60 local sponsors kicked in more than $3 billion — at least two times more than any previous Games — to be connected to the Olympics. Toyota, Japan’s most famous manufacturer and a long-time IOC sponsor, has pulled all its Olympic-related TV advertising from Japan during the Olympics. Many other sponsors have talked openly about not wanting to be tied to the Olympic brand.

The chaotic runup to the Olympics has also exposed corruption, misogyny and bullying in Japan, undermining success even before the Games began.

Tsunekazu Takeda, who headed the Japanese Olympic Committee, resigned in a scandal 2 1/2 years ago tied to bribery allegations surrounding the IOC vote in 2013 to award the Games to Tokyo. Yoshiro Mori, a former prime minister, was forced out six months ago as the head of the organizing committee for making demeaning comments about women.

Barbara Holthus, a sociologist at the German Institute for Japanese Studies, said the embarrassments may raise awareness and prompt change in Japan, a largely homogenous, island nation that nevertheless named mixed-race Naomi Osaka to light the cauldron in Friday’s opening ceremony.

The move seems widely accepted in Japan, though Osaka barely speaks Japanese and has lived much of her life in the United States. She has a Japanese mother and a Haitian father, but has given positive attention to the Olympics — even for those Japanese who oppose the Games.

“The Japanese economy and Japanese people are the big losers here,” Holthus said. “However, if these nods to sustainability, diversity, and inclusion stick and bring about significant change, then that would be great for Japanese society. But this cannot be evaluated right after the Games and probably continues to be a slow process.”

She also criticized IOC President Thomas Bach for forcing through the Olympics, calling discussion of its message of hope “an elitist position.”

David Wallechinsky, one of the world’s best-known Olympic historians, said these Games will be evaluated like all the rest — by the medal count.

“Every nation is going to judge it by how well their athletes did, just like any other Olympics,” Wallechinsky told The Associated Press. “If the United States wins 50 gold medals — they won’t — nobody in the US is going to talk about the pandemic. Because in the end, that’s what it’s all about — the medals.”

Wallechinsky said just getting out of Tokyo in one piece will please the IOC. But there is more trouble ahead with the boycott-threatened Beijing Olympics.

“I think the IOC will just breathe a sigh of relief that it’s over,” Wallechinsky said, “and then hold their breath again for Beijing.”