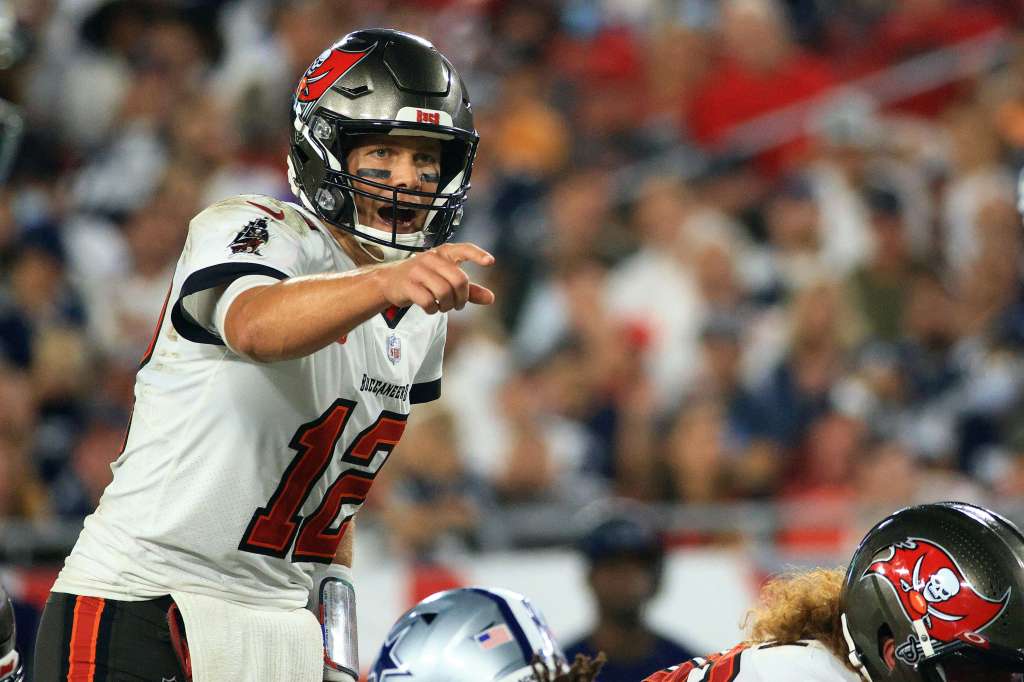 TAMPA, FLORIDA - SEPTEMBER 09: Tom Brady #12 of the Tampa Bay Buccaneers prepares for a play against the Dallas Cowboys during the third quarter at Raymond James Stadium on September 09, 2021 in Tampa, Florida. (Photo by Mike Ehrmann/Getty Images)

(CNN) — A day before Tom Brady‘s much-hyped return to Gillette Stadium for the first time as a visitor, the 44-year-old Tampa Bay quarterback added to the hype.

Brady, who spent 20 years and won six Super Bowls with the New England Patriots, posted an animated video on Twitter Saturday with the caption “Homecoming.”

The 55-second video traces his storied career as a Patriot along with his Super Bowl triumphs before showing Brady on a pirate ship as a Buccaneer.

“Tom Brady is a Tampa Bay Buc,” announces a voice on the video, followed by the line from Jay-Z: “Allow me to reintroduce myself.”

Many New Englanders said the video served its purpose in getting people excited, though it shows nothing about how Brady will perform during the highly-anticipated Buccaneers-Patriots matchup.

The brief show of sentimentality over facing his former team and coach, Bill Belichick, comes after Brady said he wasn’t feeling nostalgic about returning to New England. Brady and the Buccaneers play Belichick’s Patriots on Sunday night in Foxborough, Massachusetts.

“I don’t think this is the moment for that. I’ll have plenty of opportunities to reminisce about my football career — none of it, none of which I really care to do right now because I’m so much in the moment.”

He added, “It will be obviously a fun week. There’s a lot of build up, a lot of hype and I know it’s been going on for quite a while. I’m excited to go play a football game.”

After his departure, Brady claimed his seventh championship ring — leading the Buccaneers to victory over the Kansas City Chiefs in his first season in Florida. Meanwhile, Belichick’s Patriots — without their legendary quarterback for the first time since 1999 — finished the season with a losing record and did not make the playoffs.