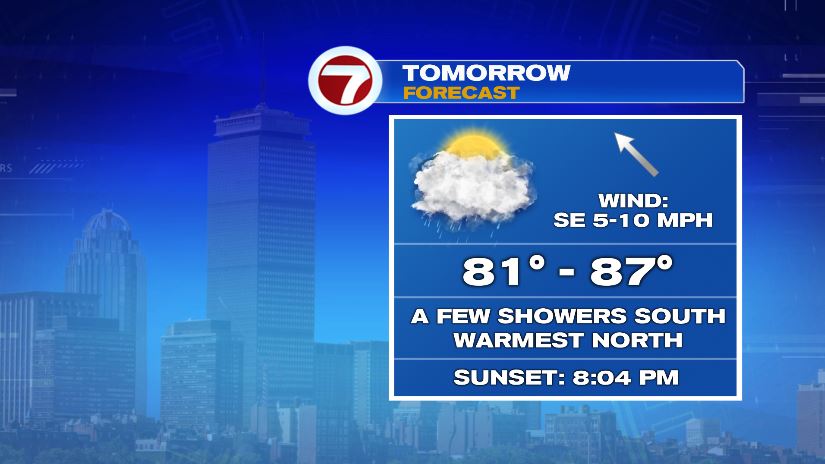 It would be nice for more of us to see rain showers tomorrow. The drought monitor was updated today and the entire state is now either abnormally dry or in a moderate drought. 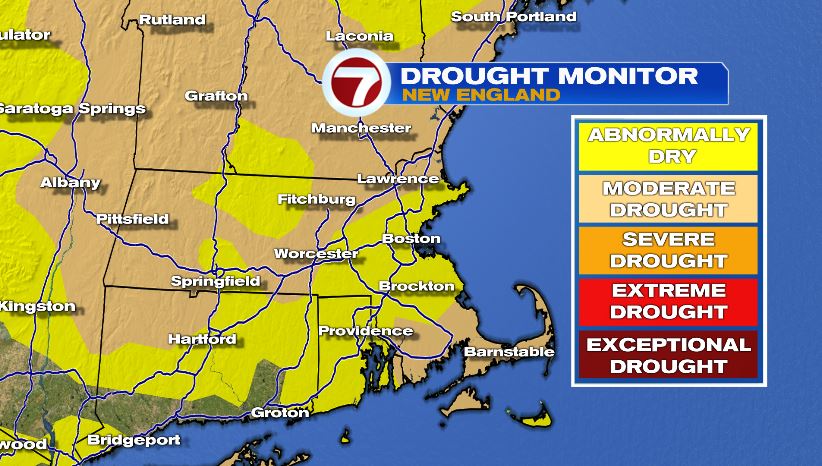 One thing that may bring us some much needed rain is Tropical Storm Isaias. It’s currently a tropical storm near Puerto Rico and is forecast to make its way toward Florida and eventually up the east coast. We’ll have to watch this one closely. The more land the storm interacts with between now and early next week will determine the strength, track, and our local impacts. Should the storm hit more islands in the Caribbean, perhaps brush Florida, or even the Carolinas, it would then be weaker by the time it gets to us. If it says over open water the entire time, it would be weaker. At this point it’s not worth getting to worried about, just something to watch over the next few days. As the track stands now, it would arrive in New England on Tuesday. 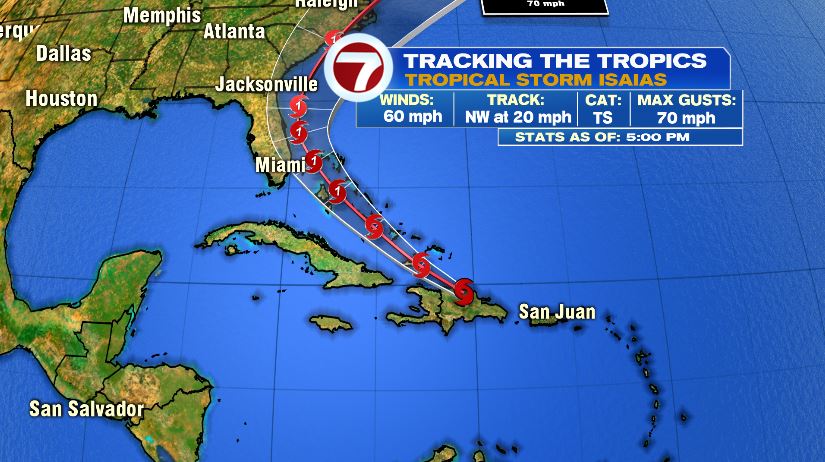 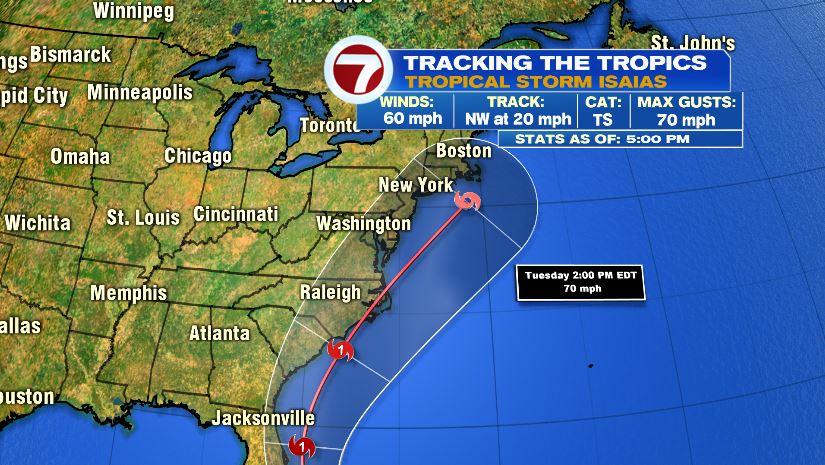