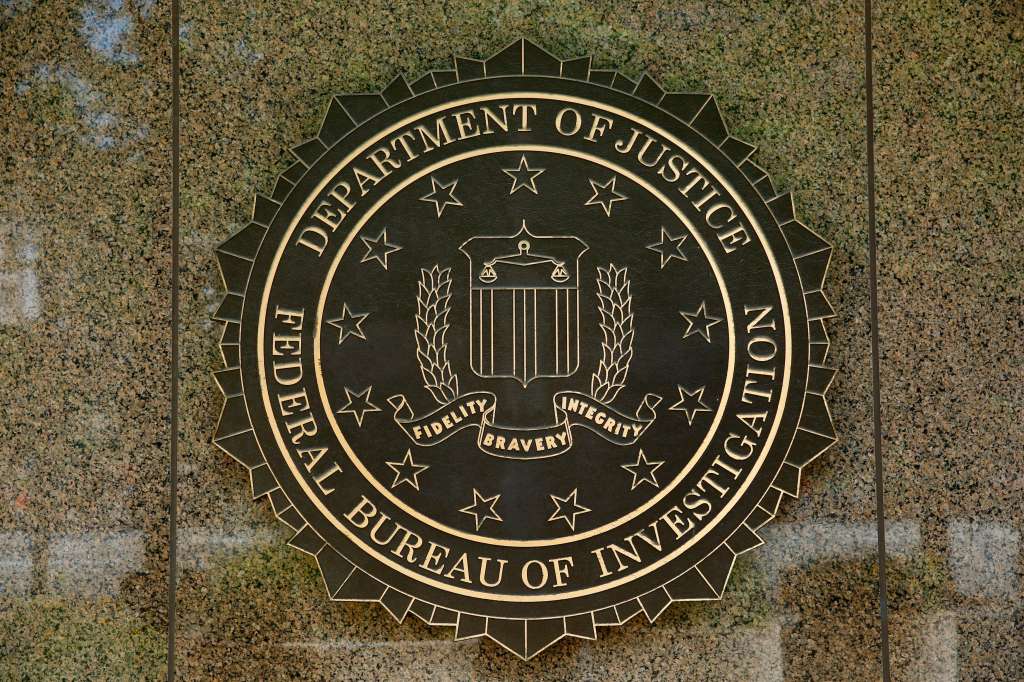 The FBI has agreed to consider modifying its criminal background check system after the Justice Department's inspector general found the system did not cross check the buyer's age with legal requirements of their home state, according to a report released on July 15. Credit: YURI GRIPAS/AFP/AFP via Getty Images

The FBI either lied to a federal judge about having video of its secretive 2018 dig for Civil War-era gold, or illegally destroyed the video to prevent a father-son team of treasure hunters from gaining access to it, an attorney for the duo asserted in new legal filings that allege a government cover-up.

The FBI has long insisted its agents recovered nothing of value when they went looking for the fabled gold cache. But Finders Keepers, a treasure-hunting company that led agents to the remote woodland site in Pennsylvania in hopes of getting a finder’s fee, suspect the FBI found tons of gold and made off with it.

After Finders Keepers began pressing the government for information about the dig, the FBI initially said it could produce 17 relevant video files. Then, without explanation, the FBI reduced that number to four. Last week, under court order, the agency finally revealed what it said were the contents of those four videos — and it turns out all had been provided to the FBI by Finders Keepers co-owner Dennis Parada himself, weeks before the dig, at a time when he was offering his evidence for buried treasure.

The FBI did not say it had any video of the actual excavation, which is what Finders Keepers is seeking. The treasure hunters say they have evidence the FBI indeed shot video of the dig — and they are seeking sanctions against the FBI for what their lawyer cast as a blatant, bad-faith effort to mislead.

On March 13, 2018, Parada’s hidden trail camera captured what appears to be an FBI agent in front of a video camera at the hillside dig site, with other agents in the background. The trail-cam image was included in a legal filing late Friday by lawyer Anne Weismann, who represents Finders Keepers in its Freedom of Information Act lawsuit against the government.

She asked a judge to order the Justice Department to pay a portion of Finders’ Keepers legal fees to compensate for the legal wrangling over the videos, and hold the FBI accountable for “covering up the results of its excavation … that highly advanced scientific technology indicated contained multiple tons of gold.”

A message was sent to the FBI seeking comment Monday.

The government’s initial court-ordered release of documents last month included a geophysical survey commissioned by the FBI that suggested an object with a mass of up to 9 tons and a density consistent with gold was buried at the site. The FBI used the consultant’s work to obtain a warrant to seize any gold found at the site at Dent’s Run, about 135 miles (220 kilometers) northeast of Pittsburgh, where legend says an 1863 shipment of Union gold was either lost or stolen on its way to the U.S. Mint in Philadelphia.

The agency has adamantly denied it found anything. The treasure hunters say the FBI has consistently stonewalled.

“For the FBI to now say it has no videotapes of the dig strains credulity and takes this whole affair to the next level,” Warren Getler, who has worked closely with Finders Keepers, said Monday. “We have incontrovertible photographic evidence of them videotaping the dig and interviewing their operational leader at the site. It raises a lot of serious questions.”

In addition to seeking legal fees, Weismann also asked the court to give Finders Keepers the ability to depose three FBI officials: Jacob Archer of the FBI’s art crime team in Philadelphia, who oversaw the dig; the unidentified videographer shown in the trail-cam still; and Michael Seidel, the FBI section chief for records dissemination.

“We want to answer two questions. Did the FBI create videotapes during the excavation? The picture certainly seems to answer that question. And if so, what happened to those videotapes? It seems to me these are the people best situated to have that information,” Weismann, a veteran FOIA lawyer who formerly worked at the Justice Department, said in an interview Monday.

Weismann indicated in court documents that the Justice Department opposes both requests.