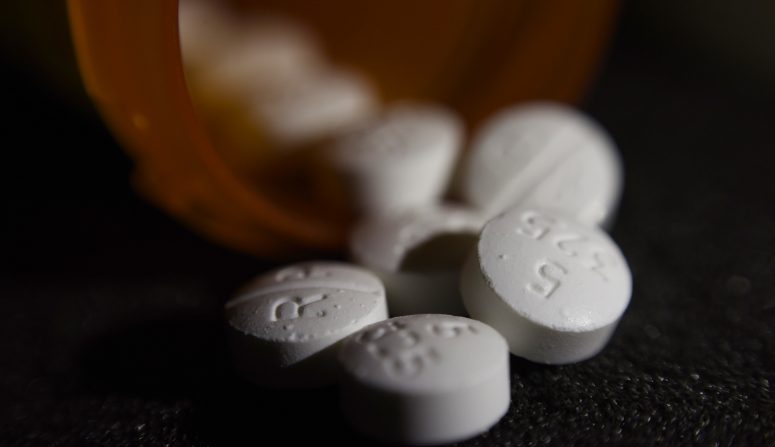 Acknowledging that the opioid epidemic that was raging before the COVID-19 pandemic has only become a more challenging issue, lawmakers on the Joint Committee on Mental Health, Substance Use and Recovery huddled Monday to consider bills making harm reduction tools and treatment by medication accessible to more people.

Public health officials and advocates have repeatedly raised concerns about drug overdose risks during the pandemic, pointing to challenges like social isolation, the negative economic and mental health effects of the ongoing crisis, and a possibility that some people will avoid treatment out of fear of contracting COVID-19.

“I think it’s important for everyone to understand we are still continuing to deal with an opioid epidemic that’s raging within the broader COVID-19 pandemic,” Rep. Adrian Madaro, the House chair of the committee, said at the outset of the hearing Monday. “In fact, this past year in 2020 there were more overdoses and overdose deaths than we’ve seen in the past few years, which really just underscores the fact that we need to continue to do this work and it’s no time to slow down in trying to tackle this issue.”

The Department of Public Health reported 2,104 confirmed and estimated opioid deaths in 2020 — up from the 2,002 recorded in 2019 and a tick above the previous record high of 2,102 deaths in 2016. Fentanyl was present in 92 percent of opioid deaths where a toxicology report was available in 2020, according to the DPH, and heroin was detected in 14 percent.

In August, Acting DPH Commissioner Margret Cooke told the Public Health Council that preliminary data showed 1,038 people died of opioid overdoses in the first six months of this year, an estimated 5 percent decrease from the same period in 2020.

The American Civil Liberties Union was among those to testify Monday in support of legislation (H 2067/S 1296) filed by Rep. Ruth Balser and Sen. John Keenan that would expand the medication-assisted treatment (MAT) pilot program that supplements counseling with opioid addiction treatment medications for people incarcerated in some county correctional facilities.

In explaining the bill, Keenan said that what had been known as MAT when the Legislature created the pilot program in a 2018 law is now known as medication for opioid use disorder (MOUD). The bill would require that MOUD be made available to every person incarcerated in state or country facilities in Massachusetts.

“The program has been incredibly successful helping people stay in treatment and stay alive, so successful in fact that several other facilities have also begun providing MOUD,” ACLU staff attorney Jessie Rossman said. “This legislation is intended to build on that success, and make sure that every person with opioid use disorder receives consistent care, regardless of where they are incarcerated, regardless of their treatment history, and without limitation on the kind of medically prescribed treatment they can receive.”

The ACLU said that peer-reviewed studies have shown that the risk of unnatural death — a category that includes drug overdose, suicide and other preventable causes — was 87 percent lower for incarcerated people on MOUD compared to incarcerated people with opioid use disorder not on MOUD.

And whereas the MOUD pilot program provides treatment to inmates who had begun treatment before they entered the jail and those who are preparing for release, the Keenan/Balser bill would require that every detained individual be assessed for opioid use disorder within 24 hours of incarceration and begin treatment within 24 hours of the assessment when it is clinically called for.

Elizabeth Matos, executive director of Prisoners’ Legal Services of Massachusetts, told the committee that the legislation “is incredibly important” for Massachusetts to truly address its problems with opioid addiction and misuse.

“If it’s not passed, you will continue to see unnecessary harm resulting from the opioid epidemic,” she said. “This cannot be seen as a separate population, it’s a public health crisis. If we do not get a handle on treating folks with opioid use disorder who are incarcerated, it’ll be very difficult to make an impact on this issue overall.”

Rep. Jon Santiago, who has dispensed medication for opioid use disorder as an emergency room doctor, pitched the committee on his bill (H 2128) that would direct state agencies to develop health care provider education materials that encourage the adoption of all three FDA approved medications for the treatment of substance use disorder — methadone, buprenorphine and naltrexone. It would also establish a peer mentoring program in the hopes of getting providers more comfortable offering all three medications.

“It’s well documented here in the commonwealth of Massachusetts that there is a shortage of providers trained to provide all three FDA approved medications for substance use disorder … and it’s my belief that patients seeking treatment should not only have access to this, to their choice, but that geography should not be restraints. There are large areas in the commonwealth, as I’m sure you know, particularly among communities of color that are underserved by MOUD providers,” Santiago said. He added, “And as someone who has been through medical school and residency, there’s simply not enough emphasis or training for providers when it comes to substance use disorder and MOUD.”

Monday’s hearing of the Joint Committee on Mental Health, Substance Use and Recovery also drew testimony on a number of bills that have bounced around on Beacon Hill in recent years without becoming law, like Rep. William “Smitty” Pignatelli’s proposal (H 2125) to require that all first responders carry naloxone — often referred to by the brand name Narcan — to be able to try to reverse opioid overdoses they encounter on the job.

While many police and fire departments across Massachusetts already have Narcan available to responders, not all have it on hand. Pignatelli relayed the story of a man in the Berkshires who overdosed. He said a police officer arrived on the scene but did not carry Narcan and the man died while the overdose reversal drug was on the way.

“This is 2021 and there’s really no excuse for why our first responders don’t carry this medication on their person or in their vehicle. It’s a very simple thing, I actually have a kit right here. It’s tiny. As a little tiny itty bitty thing that can just fit an investor pocket or belt or whatever it is a little tiny thing can save the life of somebody who’s overdosing,” Gary Pratt, a project manager at Rural Recovery and founder of Smash The Stigma 413, said. He added, “I think that the time has come where if there’s agencies that don’t feel the need to carry this, I think it’s time for the Legislature to make it so it’s required to carry this medication. There’s no reason not to carry it anymore.”

The committee also heard testimony from Rep. Peter Capano of Lynn on a bill (H 2069) that would require “a clear and concise warning that opioids or opiates dispensed can cause dependence, addiction and overdose” to be printed on all containers or packages containing opioids, Capano said. He said Arizona, Hawaii and Utah have already passed similar laws and that U.S. Sen. Ed Markey has proposed a similar federal policy.

“Although there’s been an increase in public awareness on the addictive qualities of prescription opioids over the past decade, between eight to 12 percent of patients prescribed an opioid for chronic pain still develop an opioid use disorder, and up to 29 percent of chronic pain patients misuse prescription opioids,” Capano said. “It’s crucial that we continue to educate more patients about the risks of dependence and addiction when taking legally prescribed opioids.”