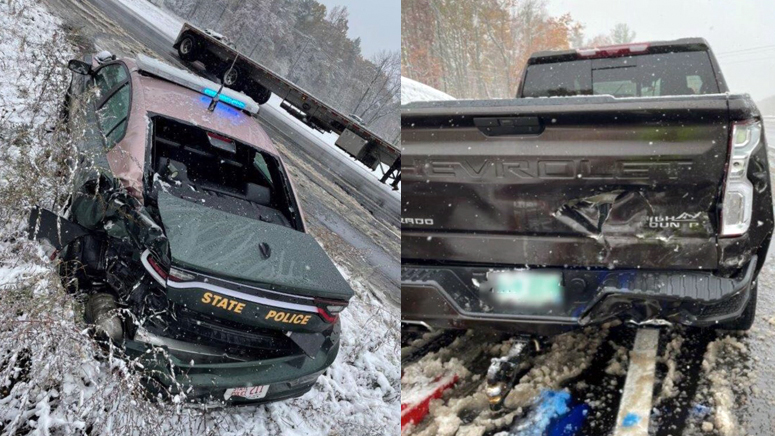 Emergency crews responding to a report of a crash on the southbound side of Interstate 93 near Exit 4 in Londonderry around 11:20 a.m. found a damaged cruiser and smashed up 2020 Chevrolet Silverado pickup truck, according to New Hampshire State Police.

Police say a 16-year-old was behind the wheel of the truck when she lost control, spun around, and slid into the cruiser.

The force of the crash sent the cruiser spinning and threw the trooper who was said to be exiting the car at the time of impact.

He was taken to Parkland Medical Center with a minor injury.

No other injuries were reported.

On Friday, October 30, 2020 at approximately 11:18AM, a #NHSP #TroopB Trooper was off with a motor vehicle crash on I-93 Southbound near exit 4 when a pickup truck lost control, spun around and slid into the back of the cruiser causing rear end damage. pic.twitter.com/LJM4nnvNrR