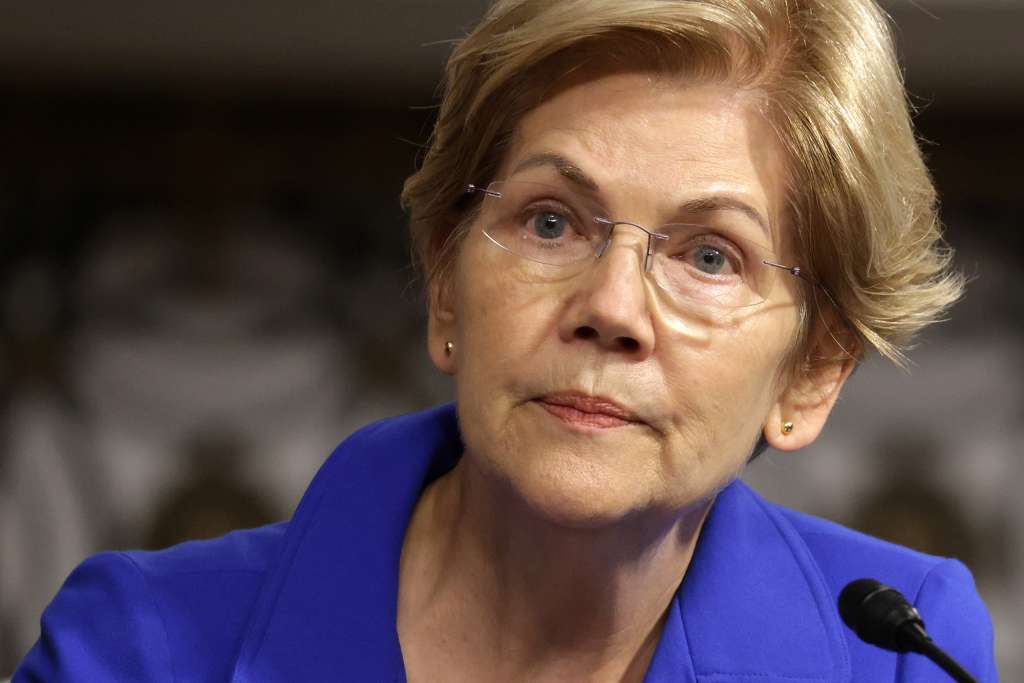 (CNN) — Democratic Senator Elizabeth Warren wants federal regulators to investigate whether any laws were broken by the shell company that is facilitating former President Donald Trump’s return to Wall Street.

In a letter to the Securities and Exchange Commission, Warren cited a report by The New York Times that found Trump began discussing a merger with Digital World Acquisition Corp. long before the blank-check company went public and before such talks were disclosed to investors.

Yet Special Purpose Acquisition Companies, or SPACs, are not supposed to have merger targets planned before they raise money from the public. And Digital World repeatedly told shareholders that it had not held substantive talks with a target company.

“DWAC and Trump Media and Technology Group appear to have brazenly flouted these rules,” Warren wrote in the letter, sent Wednesday to SEC Chairman Gary Gensler.

Warren argued the apparent omissions had the result of “enriching big investors” and “trapping retail investors in a stock bubble” and she urged the SEC to investigate.

“I have frequently spoken about the need to hold public officials accountable for lawbreaking and ethics violations. This includes the former president, who is not above the law,” the Massachusetts Democrat wrote.

The SEC declined to discuss the matter. “We don’t comment on the existence or nonexistence of a possible investigation,” a spokesperson said.

Neither Digital World nor Trump’s media venture responded to requests for comment.

Shares of Digital World skyrocketed as much as 1,657% in the days after the SPAC announced it would merge with Trump Media & Technology Group, a new venture chaired by the former president that vowed to “stand up to the tyranny of Big Tech.”

Even though little is known about the Trump venture (filings did not indicate how much revenue, if any, the firm generates), the SPAC achieved meme stock status almost overnight.

Even Georgia Rep. Marjorie Taylor Greene bought as much as $50,000 worth of shares in the stock.

However, the boom proved fleeting. Digital World is currently trading at around $56, down by about two-thirds from its October 22 peak of $175.

The SEC has signaled a desire to crack down on potential fraud in the SPAC craze and Warren is hoping the Trump deal will be a high-profile catalyst to do so. Her letter included a list of questions for Gensler to respond to by November 29.

“The reports that DWAC may have violated securities laws and harmed investors during its acquisition of Trump Media and Technology Group are deeply troubling,” Warren wrote, “and provide an opportunity for the SEC to follow through on its commitment to investigate wrongdoing and fraud in the SPAC space.”

Warren argued Digital World “appears to have misled regulators and the public on multiple occasions” through its filings.

For instance, she cited a May filing by Digital World where the blank check company told investors it did not yet have a merger partner.

Yet the New York Times report, citing unnamed sources and a confidential investor presentation, said Trump had been discussing a deal with Digital World CEO Patrick Orlando since at least March.

“If these reports are true, the agency has a responsibility to act,” Warren wrote.