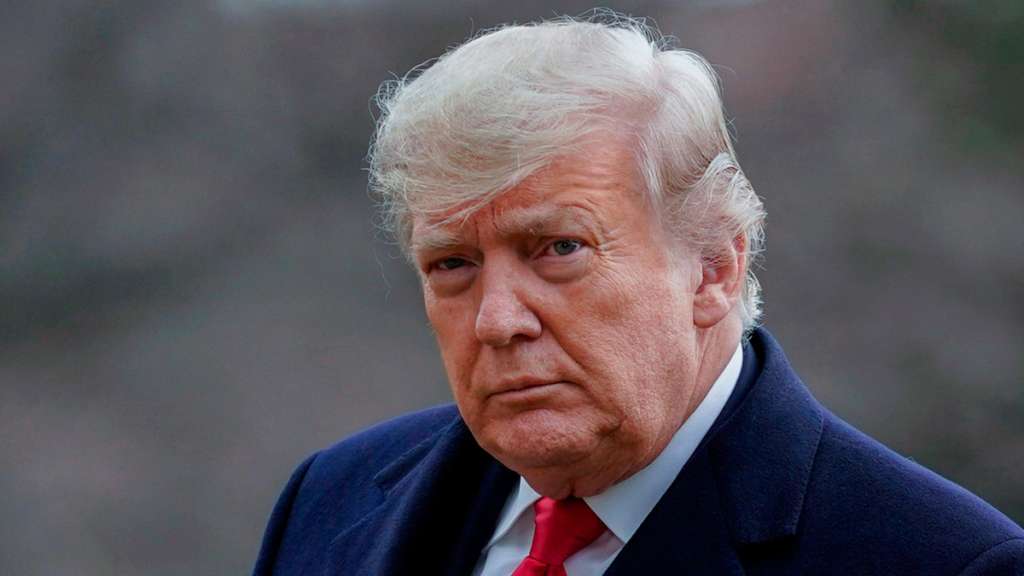 NASHVILLE, Tenn. (AP) — As religious conservatives gathered this week at a sprawling resort near the Grand Ole Opry House, Nikki Haley pressed the Faith and Freedom Coalition’s “Road to Majority” crowd to look to the future.

“It’s up to us to deliver a new birth of patriotism,” said Haley, the former South Carolina governor who was ambassador to the United Nations under President Donald Trump. “And together with you, and with trust in God, I pledge to answer that call and inspire our country once again,” she said, sounding like a White House candidate herself.

Such comments are typical for a party that’s out of power and in search of its next leader. What’s unusual: The party’s last leader is plotting his own comeback.

Trump spoke from the same stage Friday, making his first public appearance since the House committee investigating the Jan. 6 insurrection began to lay bare his desperate attempts to remain in power. It presented harrowing video footage and searing testimony, including accounts from Trump’s close associates and members of his family,

He spent much of his speech blasting the committee’s efforts as politically motivated and insisting he’d done nothing wrong.

And he made sure to tease his own plans.

“One of the most urgent tasks facing the next Republican president — I wonder who that will be,” Trump said at one point, prompting a standing ovation and chants of “USA!”

“Would anybody like me to run for president?” he asked the crowd, unleashing more cheers.

Trump’s return to the public conversation comes as he has been actively weighing when he might formally launch a third presidential run, according to people familiar with the discussions. The debate, according to aides and allies who insist he has yet to make a final decision, centers on whether to announce a campaign in the coming months or, in accordance with tradition, wait until after the November midterm elections.

Trump has spent the past year and a half holding rallies, delivering speeches and using his endorsements to exact revenge and further shape the party in his image. But some supporters say the former president, who has decamped from his Florida Mar-a-Lago club to Bedminster, New Jersey, for the summer, is also growing impatient.

While he has relished his role as a party kingmaker — with candidates all but begging his endorsement and racking up large tabs at fundraisers in his ballrooms — Trump also misses the days when he was actually king, particularly as he watches Democratic President Joe Biden struggling with low approval ratings and soaring inflation.

“I think a lot of Trump’s future plans are directly based on Biden, and I think the more Biden continues to stumble on the world stage and on the domestic stage, people forget about the downside, the dark side of Trump’s presidency,” said Bryan Lanza, a GOP strategist and former Trump campaign official.

An announcement in the near future could complicate efforts by other ambitious Republicans to mount campaigns. Haley, for instance, has said she wouldn’t run against Trump.

And there also are concerns that a near-term announcement could hurt Republicans going into the final stretch of a midterm congressional campaign that appears increasingly favorable to the party. A Trump candidacy could unite otherwise despondent Democratic voters, reviving the energy that lifted the party in the 2018 and 2020 campaigns.

Republicans want the November election to be framed as a referendum on the first two years of Biden’s presidency. They don’t want anything, including Trump, to throw them off that trajectory.

Regardless of his decision, the aura of inevitability that Trump sought to create from the moment he left the White House has been punctured. Some Republicans have tried to make clear that a Trump candidacy would have little influence on their own decisions.

They include his vice president, Mike Pence, who has been hailed by the Jan. 6 committee as someone who put the national interest ahead of his own political considerations. Trump continued Friday to criticize Pence, who has spoken at the conference numerous times.

Other possible candidates including Texas Sen. Ted Cruz and former New Jersey Gov. Chris Christie have also indicated their decisions do not rest on Trump’s. And they and others have become increasingly brazen in their willingness to cross the former president, including endorsing candidates running against his.

Some of these could-be candidates, including Trump’s former Secretary of State Mike Pompeo, Florida Sen. Rick Scott and South Carolina Sen. Tim Scott, were appearing alongside the former president at the Faith and Freedom Coalition’s gathering in Nashville.

The field could include a long list of others, including Rep. Liz Cheney, the lead Republican on the Jan. 6 panel and Maryland Gov. Larry Hogan — both Trump critics. Florida Gov. Ron DeSantis, meanwhile, is seen by many loyal Trump supporters as the future of his movement.

Indeed, many of those attending the conference in Nashville — the resort is near the Opry House, where the longtime “Grand Ole Opry” country music radio show is broadcast — weren’t sold on a third Trump run.

“I don’t know. The jury’s still out with me,” said Jonathan Goodwin, a minister who works as a Faith and Freedom organizer in South Carolina. “I like him, but I think he shot himself in the foot too many times”

Goodwin said he “definitely” had his own concerns about the 2020 election but didn’t support how Trump had handled the situation. “I think he should have bowed out gracefully,” he said, “whether it was rigged or not.”

Illinois conservative Pam Roehl, who arrived at the conference Friday wearing a red Trump baseball cap and “Trump 2020” necklace, said she still supports the former president, but increasingly finds herself in the minority among friends who have moved on, discarding their bumper stickers and embracing DeSantis.

“They’re like kind of, ’Get with the program. Why aren’t you backing DeSantis?‘” she said.

Though it’s increasingly clear that Trump wouldn’t march to the GOP nomination unchallenged, a large field of candidates could still work to his advantage. The dynamic is beginning to resemble the 2016 campaign, when Trump faced a large and unwieldy group of candidates that split the anti-Trump vote.

Some in his orbit, like former campaign adviser Jason Miller, have urged him to jump in sooner rather than later, to get a head start on building out a campaign, freeze out competition and keep attention on himself.

An early strategy would also allow Trump to cast his mounting legal vulnerabilities as merely political attacks. An Atlanta district attorney has impaneled a special grand jury to probe his meddling in the 2020 presidential election. And in New York, Trump and two of his children have agreed to sit for depositions next month in the state attorney general’s civil investigation into his business practices.

Others are urging Trump to wait until after the midterms, so he can run on Republicans’ November victories. They also warn that formally declaring his candidacy would trigger campaign finance laws that set limits on how much donors can give. It also would change his relationship with his Save America PAC, which has more than $100 million in the bank — more than both national party organizations combined — and currently funds his campaign travel.