Trump’s strategy in the classified documents case is quickly crumbling 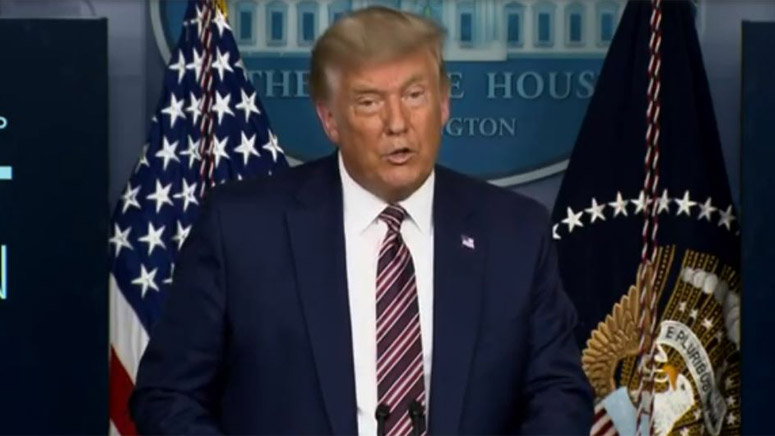 (CNN) — No judge would put it this crudely, but the court system is effectively telling Donald Trump to put up or shut up about his wild claims and outlandish defenses over his hoarding of classified information at his Florida resort.

The case has taken a turn against the former President and towards the Justice Department in recent days, suggesting that the classic Trumpian legal strategy of delay, denial and distraction is not working as well as usual.

In a sign of the how quickly Trump’s position may be eroding in this particular drama, several Republican senators took the unusual step of criticizing his handling of the documents on Thursday, despite his firm hold over their party.

In the latest developments, a third-party judge acting as a special master Thursday gave the Trump legal team until the end of next week to formally declare whether they believe his claim that the FBI planted incriminating evidence at Mar-a-Lago during a search last month. This came a day after an appeals court delivered a blow to Trump by ruling that his team had failed to show evidence to support his claims that he as President had declassified the roughly 100 secret documents the FBI took from his home.

In a sense, Trump is being given his day in court and every chance to prove his statements. He is being investigated by the Justice Department for possible violations of the Espionage Act and obstruction of justice regarding the mishandling of classified documents. There is no indication so far that he will be charged.

The search, an unprecedented step against a former president, provoked questions over whether the DOJ had overreached given the fraught political sensitivity of the case — particularly because Trump has shown every sign that he’s preparing another run for the White House in 2024.

But if the former President cannot prove his allegations, as many outside observers expect, his legal position will deteriorate considerably.

The tell here may be that Trump’s lawyers, who understand they cannot lie under oath, have not repeated many of the ex-President’s statements before a judge. The latest twists in the case are therefore jamming them between their obligation to tell the truth and their client who has a famously flexible concept of facts and reality.

The former President’s strategy is a familiar one, and has been remarkably successful for much of his long and controversial business and political careers.

Trump often substitutes a legal defense for a public relations one, blasting away at institutions, government departments, courts, officials and the media that attempt to impose accountability or call on him to justify his allegations with fact. His strong support among grassroots GOP supporters reflect Trump’s talent in creating a version of events that can become a politically potent narrative.

Often, it seems that Trump makes up a new counter-attack on the spot to get him through a particularly dicey moment, as when he told Sean Hannity of Fox News on Wednesday that a presidentcould simply declassify a document by thinking about it in his head — an absurd derogation of intelligence processes.

This approach flounders, however, when allegations that function well as a political strategy come up against the factual threshold of a courtroom where statements must be made under penalty of perjury.

“The power of our courts is that they have a way of bringing out the truth,” CNN legal analystElieHonig said on “Erin Burnett OutFront” on Thursday, adding that anyone could say what they wanted in public or in the media. “But when you step into a court, ultimately, and it’s happening here sooner rather than later, the judge or the jury will say, ‘Fine that’s your allegation, now prove it.'”

The tension between Trump’s public statements and what is admissible in court now playing out in the classified documents case is reminiscent of what happened after the 2020 election. Trump and his political cronies made extreme allegations of voter fraud and cheating in public. But their claims were repeatedly thrown out by multiple courts when his lawyers either could not produce evidence or declined to repeat the allegations before a judge.

Unless the former President can provide credible evidence for FBI wrongdoing and that he went through a legal declassification process for the documentssoon, he is likely to have more bad days in court to match those he experienced this week.

“It’s just going to expose this lie. The lawyers know they can’t lie to the judge, they could get sanctioned, they could get disbarred,” Dave Aronberg, state attorney for Palm Beach County, Florida, said on “The Situation Room with Wolf Blitzer.”

“Trump can say whatever he wants in the public with impunity, but it’s different for his lawyers,” added Aronberg, who is a Democrat.

Fresh twists in a case that has transfixed the political world came when Judge Raymond Dearie, the court-appointed special master, said in a filing Thursday that Trump’s team must submit a sworn declaration saying whether they believe the Justice Department included items on their “inventory” of materials taken from Mar-a-Lago that were not actually seized during the search.

Trump’s claims to this effect soon after the search triggered a political furor, and were widely picked up by conservative media hosts and even by some prominent GOP lawmakers on Capitol Hill. But there may now be a price for Trump to pay.

It was the second time this week that Dearie, who was suggested for the role of special master to filter documents taken from Mar-a-Lago by the ex-President’s team, had delivered a blow to his defense. After Trump’s lawyers declined to assert in court that Trump had declassified documents he took to the resort, Dearie told them, “You can’t have your cake and eat it.”

In the other big move in the case this week, the 11th Circuit Court of Appeals overturned a lower court’s ruling that prevented the Justice Department from examining around 100 classified documents that were taken from Mar-a-Lago. Once again, judges — two of whom on the three-judge panel were appointed by Trump — quibbled with the idea that the documents had been declassified.

This came on the same day that Trump’s legal exposure on multiple fronts deepened when the state of New York filed a civil suit against him, three of his adult children and the Trump Organization alleging huge insurance and tax fraud and seekinga range of severe penalties. Trump said that he is a victim of another example of political persecution and denied the allegations against him.

The apparent erosion in Trump’s legal position is causing a simultaneous softening of the ex-President’s support base among senior senators in his party.

Asked about Trump’s claim on Fox News that he could simply declassify documents by thinking about it, Senate GOP Whip John Thune told CNN there’s a process for declassifying documents.

“I think it ought to be adhered to and followed. And I think that should apply to anybody who has access to or deals with classified information,” the South Dakota Republican said.

Sen. Thom Tillis, a Republican from North Carolina who sits on the Senate Judiciary Committee, told CNN that he believes there’s a process that must be followed by a President to declassify the records.

“People can get hurt, people can get killed if it’s not stored correctly, and if that information gets out,” Rounds told CNN’s Manu Raju.

Other GOP senators sidestepped questions about the matter.

“I think there’s prerogative on the part of the President to declassify,” Indiana Sen. Mike Braun said, showing that while the ex-President’s legal strategy may increasingly be in tatters, there are still Republican lawmakers who fear paying a political price for crossing him.