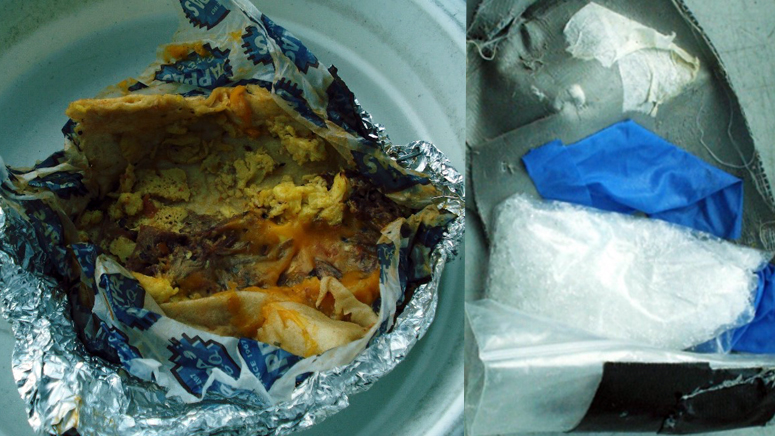 (WHDH) — Transportation Security Administration agents recently busted a traveler who was carrying a breakfast burrito that had a lump of crystal methamphetamine hidden inside, officials said.

Agents spotted “what appeared to be an unidentified lump” inside the burrito during an X-ray screening at William P. Hobby Airport in Houston earlier this month, according to the TSA.

When agents asked the traveler to unwrap the breakfast food, they insisted that it was just a burrito but a second screening revealed black tape and dark wrapping around a large organic mass, officials said.

Houston police were then called to the security checkpoint and they were able to identify the substance as crystal methamphetamine.

There was no word on what charges the traveler is facing.

Breakfast burritos are delicious but @TSA officers were surprised to find crystal meth inside the one pictured. TSA officers @HobbyAirport suspected something wasn't right with this breakfast item & contacted @houstonpolice to investigate. Learn more here:https://t.co/QBr5vCh2IR pic.twitter.com/hcqkCixRML