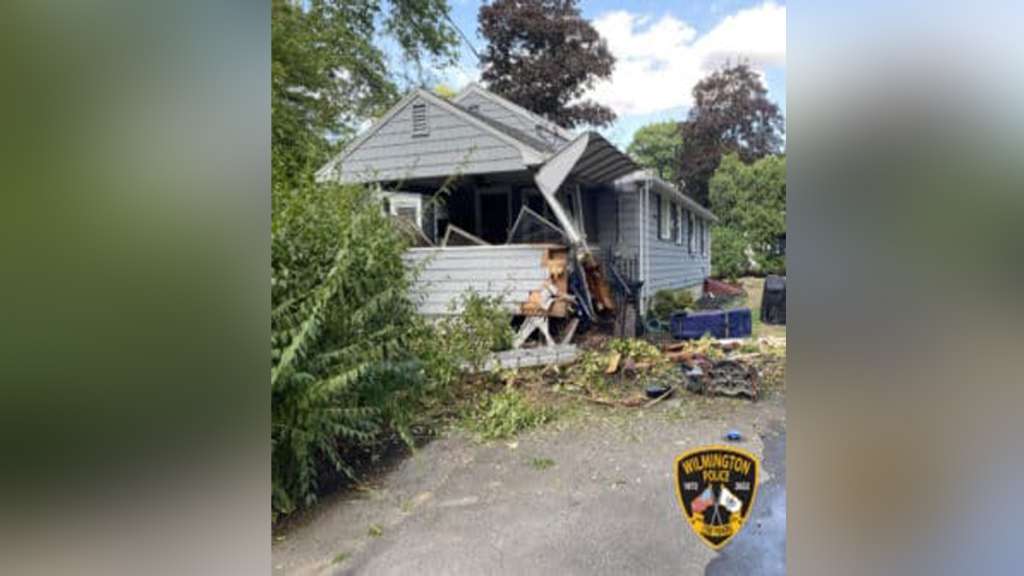 WILMINGTON, MASS. (WHDH) - Two men have been arrested after Wilmington Police said they crashed into the front of a Shawsheen Avenue home.

At around 5:30 Thursday, officers responded to the scene, where a blue pickup truck had fled after hitting a house. Officer found the car and its two occupants a short distance away.

After investigating the crash, police arrested two men: Timothy Fortin, 31, of Holyoke, and Robert Dupont, 54, of Wilmington. Fortin faces several charges including operating under the influence of liquor and drugs, speeding and leaving the scene of a property damage crash. Both Dupont and Fortin were charged with possession of Class A and Class B substances.

Both men were taken to Lahey Clinic for medical treatment and released several hours later. They will appear in Woburn District Court Friday.

The crash destroyed an exterior porch at the home, but a Wilmington building inspector deemed the home safe for occupancy by its family.