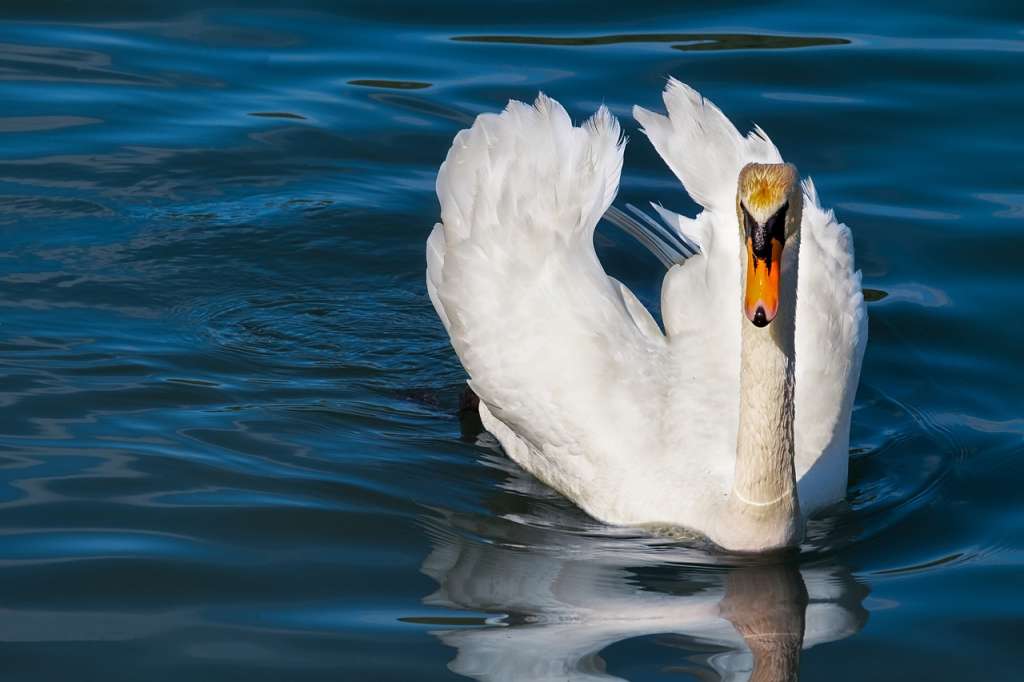 LONDON (AP) — Britain’s royal swan census is back a year after it was put on hold because of the coronavirus pandemic.

Under the scorching July sun, several boatloads of “Swan Uppers” clad in red, white or blue jerseys emblazoned with British royal insignia returned on Tuesday to the banks of the River Thames near Queen Elizabeth II’s Windsor Castle to count her swans.

The annual count of the swan population, known as Swan Upping, began at Eton Bridge in Windsor, west of London, and is conducted each year to tally swans, and in particular their cygnet offspring, claimed by the British monarch.

The tradition, dating back to the 12th century, originally was a way for the monarchy to ensure a supply of swan meat to serve at feasts and banquets. These days, the census is carried out in the name of conservation.

David Barber, the queen’s official swan marker, said that the majestic birds have faced increased threats with more people spending time by riversides as a break from lockdowns.

“We’ve seen more problems with shootings of swans in the lockdown period than we’ve ever seen before,” Barber said. “And we’ve had pollution problems, which has been higher than ever before.”

Getting caught in fishing tackle or attacked by dogs are other hazards swans face.

During the Swan Upping, cygnets are plucked from the water, wrestled to shore, measured, checked for disease and marked with a number.

The count is taking place over three days this year, curtailed from its usual five.

“(If) we don’t pick them up (by the feet), you wouldn’t see it,” Hermon said of swans snagged by fishing lines, explaining that it’s not something her group members do in their day-to-day work, so the event helps rescue many who would otherwise remain trapped.

As the Swan Uppers rowed their boats up the Thames in the sweltering heat, they were occasionally met with small crowds of spectators, mostly local residents concerned about the area’s wildlife or enamored with the tradition and history behind the centuries-old spectacle.

“We keep an eye out all the time on the wildlife birds. So when we see cygnets on the river, it’s quite exciting to know that they’re … being counted and looked after,” said Anne Booth, who lives in Maidenhead, a town on the river’s southwestern bank.

“I think it’s a lovely British traditional thing,” said Christine Emerson, who lives farther upriver in Reading. Her walking group timed their twice-monthly walk to coincide with the event.

Everyone welcomed the return of an event that had only been cancelled once before in recent memory, in 2012 because of flooding.

“We’re looking after the population of swans and you know that’s what we’re here for, to make sure that the swan population survives for the future,” Barber said.