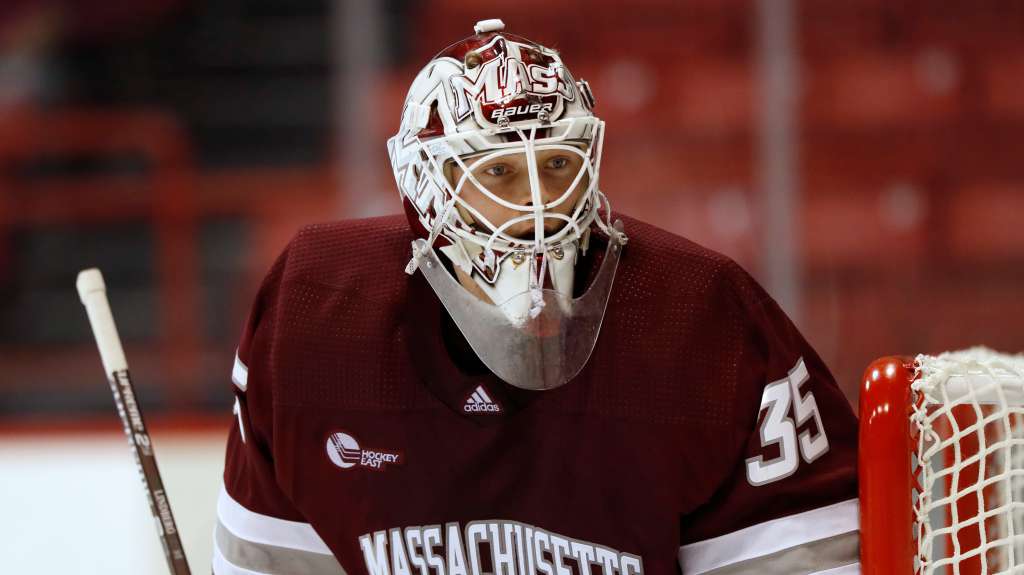 AMHERST, MASS. (WHDH) - The University of Massachusetts men’s ice hockey team will be without four key players, including their top goalie, when they square off with Minnesota-Duluth in the semi-final round of the NCAA Frozen Four tournament in Pittsburgh on Thursday due to the coronavirus, the team announced Tuesday.

“I feel for those players who have sacrificed so much over the last year and committed themselves to getting our team to this point,” head coach Greg Carvel said in a statement. “To have this unfortunate situation occur now is hard to comprehend.”

UMass defeated Laker Superior State and Bemidji State to earn a spot in the tournament’s semi-final round.

The team will advance to the national championship if they are able to defeat Minnesota-Duluth.