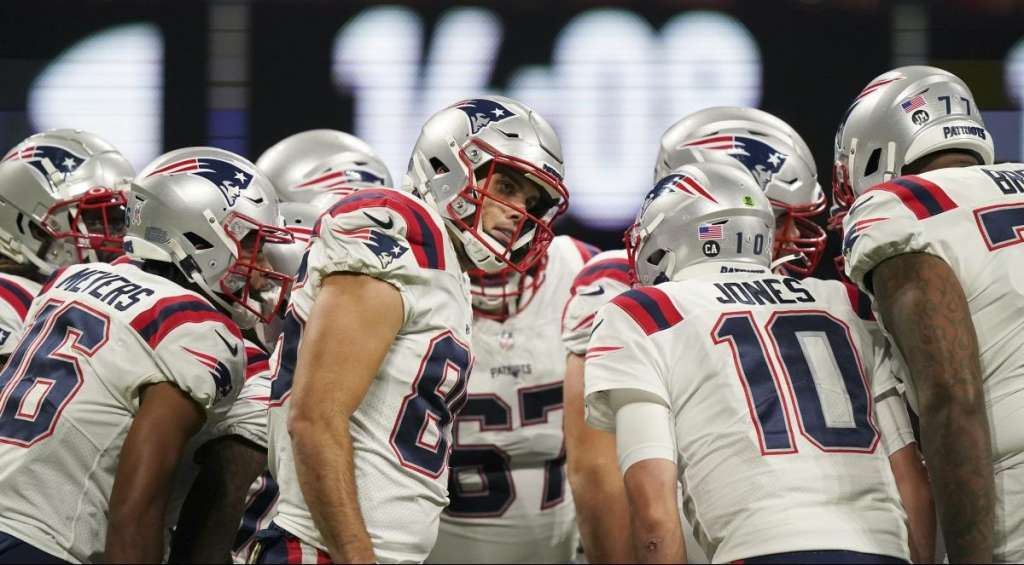 “What an unbelievable ride this first year has been,” Jones wrote in the post. “There’s no other group of guys I’d rather work with, grow with and compete with.”

Jones finished his first year in the NFL with 3,801 passing yards, 22 touchdowns, 13 interceptions, and passer rating of 92.5. But after gaining so much ground with a seven-game winning streak during the regular season, the Patriots faltered near the end and were blown out 47-17 by the Buffalo Bills in the opening round of the playoffs.

Despite the tough defeat, Jones says he can’t wait to take the field in front of the Foxboro faithful next season.

“Cannot wait to play in front of the greatest fans in the world again! #GoPats #JustGettingStarted,” Jones added.

The post caught the attention of many of his teammates, including wide receiver Kendrick Bourne, who commented, “My brotha!!! Forever!!” Offensive lineman Shaq Mason wrote, “This just the beginning! Way to ball 10.”

Jones was recently named one of six finalists for the NFL Rookie of the Year Award.