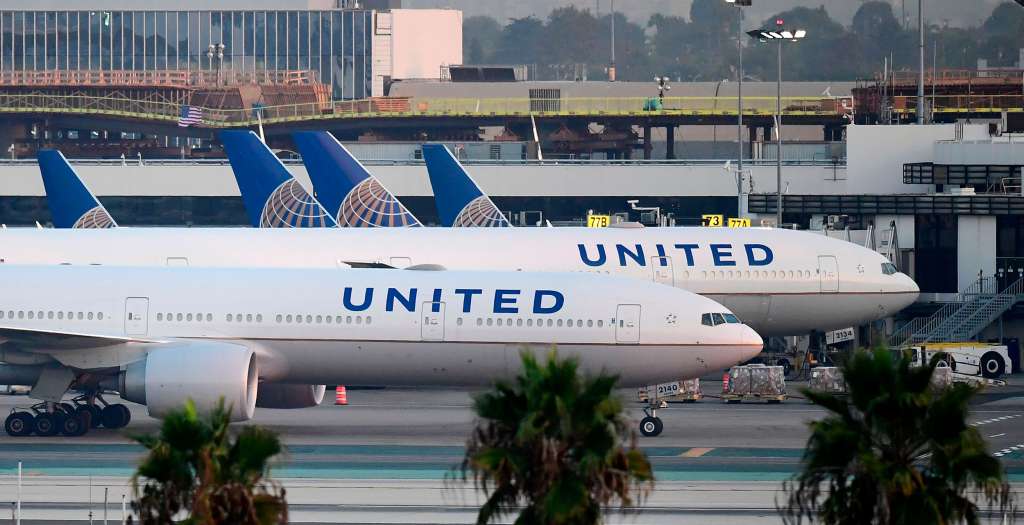 United Airlines aircraft are seen on the tarmac at Los Angeles International Airport in Los Angeles, California in October 1, 2020. - American Airlines has announced it will start furlouging 19,000 employees today due to the ongoing coronavirus pandemic as the Payroll Suppport Program (PSP) under the CARES Act expires today. (Photo by Frederic J. BROWN / AFP) (Photo by FREDERIC J. BROWN/AFP via Getty Images)

United Airlines said Wednesday that more than half its employees who weren’t vaccinated last month have gotten their shots since the company announced that vaccines would be required.

The airline’s 67,000 U.S.-based employees face a Sept. 27 deadline for getting vaccinated or face termination or unpaid leave.

Kirk Limacher, United’s vice president of human resources, made the statement about vaccinations Wednesday in memos to employees that spell out how United will handle requests for exemptions from the shots based on medical reasons or religious beliefs.

United declined to say exactly how many employees have recently been vaccinated, what percentage of the workforce is now vaccinated, or how many workers requested an exemption.

The airline said that in most cases, employees who refuse to get vaccinated won’t be allowed into the workplace starting Oct. 2. They will either be placed on unpaid leave or face termination proceedings, which could delay their departure beyond early October.

United says requests for medical exemptions will be judged by medical staffers including nurses, while requests for waivers based on religious beliefs will be handled by personnel-office employees.

The process for handling exemption seekers will vary slightly depending on the employee’s job.

Employees whose requests for exemptions are denied will get another five weeks to get vaccinated or face termination. The policy gets more complicated when workers win a medical or religious exemption.

Workers who routinely come in contact with passengers, such as flight attendants, gate agents and pilots, and whose exemptions are approved will face indefinite unpaid leave starting Oct. 2. They won’t be allowed back on the job until the pandemic “meaningfully recedes,” according to one of the memos.

Employees who rarely deal with passengers — examples include baggage handlers and mechanics — and whose exemptions are approved will also be put on leave, but only until the airline comes up with a plan for weekly testing and mandatory mask-wearing for them.

Headquarters employees whose exemptions are approved will be placed on leave until United decides on safety measures, including whether the person needs to come into the office.

In explaining the rules to employees, United cites statistics on the state of the pandemic in the U.S., where new infections are at their highest level since March and “likely to rise into the fall as more people are hospitalized.” Most of the cases, hospitalizations and deaths are occurring among unvaccinated people, the memos said.

Chicago-based United has taken the strongest pro-vaccination stance among U.S. airlines. Delta Air Lines says it will levy a $200 monthly surcharge on unvaccinated employees who are covered by the company’s health plan. Others including American Airlines say they will cut off paid leave for unvaccinated workers who contract COVID-19.