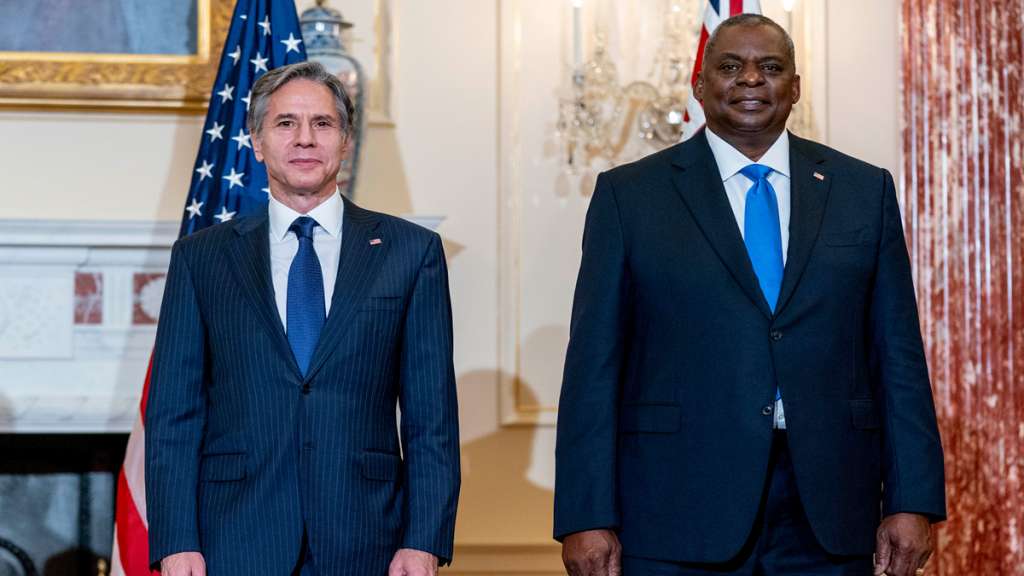 Speaking at the Shangri-La Dialogue in Singapore, Austin noted a “steady increase in provocative and destabilizing military activity near Taiwan,” including almost daily military flights near the island by the People’s Republic of China.

“Our policy hasn’t changed, but unfortunately that doesn’t seem to be true for the PRC,” he said.

Taiwan and China split during a civil war in 1949, but China claims the island as its own territory and has not ruled out using military force to take it.

China has stepped up its military provocations against democratic Taiwan in recent years, aimed at intimidating it into accepting Beijing’s demands to unify with the communist mainland.

“We remain focused on maintaining peace, stability and the status quo across the Taiwan Strait,” Austin said in his address. “But the PRC’s moves threaten to undermine security, and stability, and prosperity in the Indo-Pacific.”

Austin said the U.S. stands “firmly behind the principle that cross-strait differences must be resolved by peaceful means,” but also would continue to fulfill its commitments to Taiwan.

“That includes assisting Taiwan in maintaining a sufficient self-defense capability,” he said.

“And it means maintaining our own capacity to resist any use of force or other forms of coercion that would jeopardize the security or the social or economic system of the people of Taiwan.”

The 1979 Taiwan Relations Act, which has governed U.S. relations with the island, does not require the U.S. to step in militarily if China invades, but makes it American policy to ensure Taiwan has the resources to defend itself and to prevent any unilateral change of status by Beijing.