US extends travel restrictions at Mexican and Canadian land borders 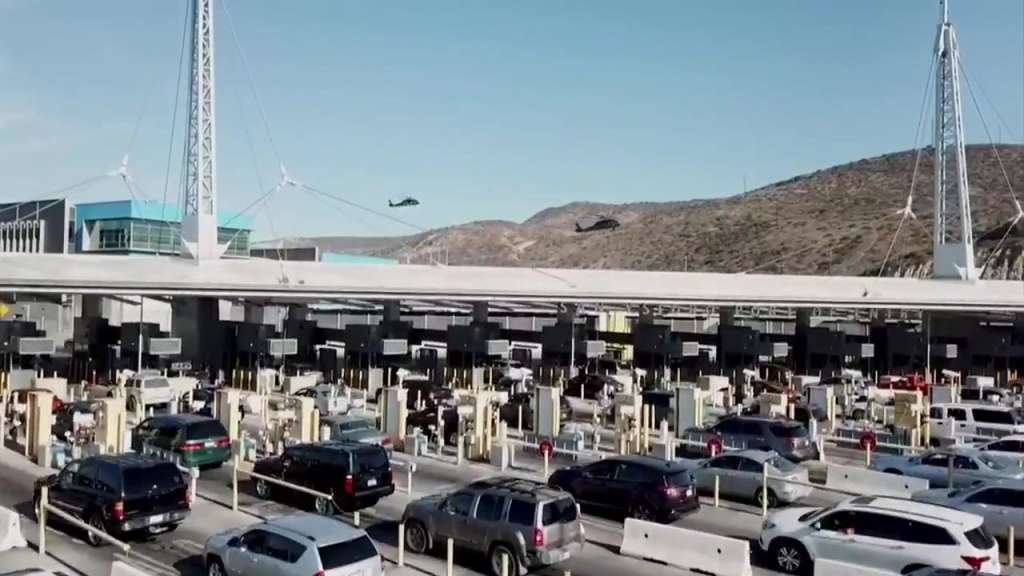 (CNN) — The United States is extending nonessential travel restrictions at land crossings with Canada and Mexico through October 21, even as it makes plans to allow fully vaccinated foreign visitors to come to the US later this year.

“We do not have any updates to the land border policies at this point. Title 19 is being extend for another month, as it is done on a monthly bases, through October 21, and as I said, no further updates on that policy at this point,” White House Covid-19 response coordinator Jeff Zients announced Monday.

The news came on the same call with reporters during which the White House announced it plans to ease air travel restrictions on all fully vaccinated foreign visitors starting in November. The announcement adds to the hodgepodge of Covid-inspired rules that international travelers must navigate when coming and going from the United States. While the rules Zients announced for all foreign travelers flying into the US are expected to take effect after October 21, the extension raises the possibility that fully vaccinated foreign visitors will be able to fly into the US but not drive into it over the US’ land border crossings.

CNN has asked the US Centers for Disease Control and Prevention for comment on the public health guidance that led to the latest extension.

The US has been limiting non-essential travel on the ground along both borders since the start of the Covid-19 pandemic and extending those restrictions on a monthly basis. Air travel between the countries is possible, however. The restrictions don’t apply to cross-border trade, US citizens and lawful permanent residents, as well as people traveling for medical purposes or to attend school, among others.

The travel restrictions have come under heavy scrutiny by lobbyists, lawmakers and border mayors who have implored the Biden administration to adjust limits to meet the evolving landscape.

The new rules Zients announced in the call Monday morning will require all foreign nationals arriving in the United States by plane to show proof of being fully vaccinated. He said the new rules would take effect in early November, a timeline that will give agencies and airlines “time to prepare.”

As the pandemic took hold in March 2020, several countries joined the US in closing their borders. But with the roll out of the vaccine and other Covid mitigation measures, many countries have eased up on their restrictions. Canada, for instance, instituted a vaccine requirement that allows fully vaccinated US citizens and permanent residents to enter the country.

Keeping both borders on the same track

The US previously told the Canadians that the Biden administration wants to keep rules on both land borders symmetrical, a source familiar with discussions told CNN, despite differing situations on both borders and inconsistencies with air travel rules.

The US-Mexico border has been facing an influx of migrants that has overwhelmed resources, prompting some concern among US Customs and Border Protection officials about easing travel restrictions on the US southern border while surging personnel to assist with an uptick in migrants. The US-Canada land border is not facing that issue.

The changes announced Monday were specifically related to international air travel, and one official said the decision to reopen land borders would be made separately. The official said that discussions with Canadian counterparts though the White House-led task forces on reopening travel would be ongoing.

Last month, Marco Mendicino, Canada’s Minister of Immigration, Refugees and Citizenship, met with Homeland Security Secretary Alejandro Mayorkas. Following the meeting, Mendicino told CNN of the travel restrictions: “Ultimately, we have to respect the timing of that decision, as I know the United States did for Canada. In the meantime, what we’ll do is keep the line of communication open.”

New York Rep. Brian Higgins, who serves as chair of the Northern Border Caucus and the Canada-US Interparliamentary Group, called the continued closure of the border “unnecessary and unexplained.”

“It is welcome news that the White House is making progress on reciprocating international public health measures to protect air travelers. Yet it is inexplicable that no announcement on easing travel restrictions at land ports of entry is being made today since the livelihoods of communities across the Northern Border depend on cross-border commerce,” the Democrat said in a statement.

Several countries in Europe have opened their borders to Americans, many of them instituting similar rules allowing the fully vaccinated to enter their countries.

President Joe Biden announced earlier this year he would convene a series of task forces meant to examine reopening travel, but months passed with little to show for the effort. Overseen by the White House Covid-19 response team and the National Security Council, the groups include representatives from the cdcalong with officials from the Departments of State, Health and Human Services, Homeland Security, and Transportation.

The American officials were partnered with representatives from the European Union, United Kingdom, Canada and Mexico and have met several times to discuss the reopening situation since the administration announced them at the start of Biden’s first foreign trip in June. There have also been multiple smaller group conversations in between those larger meetings to discuss specific issues, like the epidemiological situation, variants, surveillance, and vaccination efforts and plans for changing travel restrictions, a White House official told CNN.

But some people familiar with the working groups had questioned their effectiveness, as other countries began to open to Americans with little clarity over whether the US would reciprocate. One source familiar with the discussions described “paralysis among agencies” over next steps.

This story has been updated with additional reporting.