US officials back in Venezuela in a bid to rebuild ties 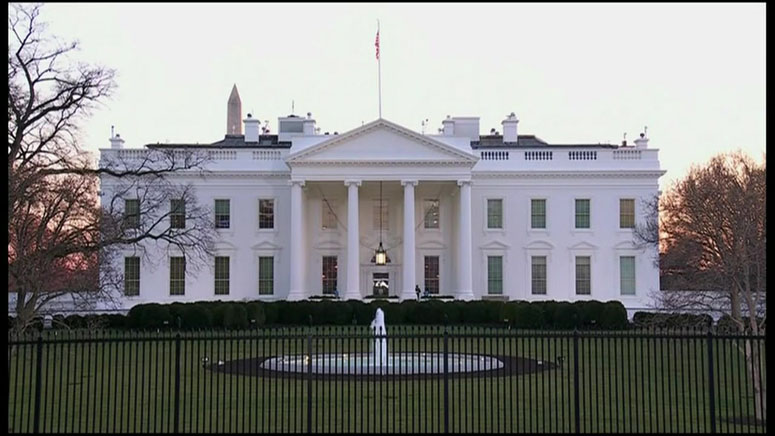 CARACAS, Venezuela (AP) — Senior U.S. government officials have quietly traveled to Caracas in the latest bid to bring home detained Americans and rebuild relations with the South American oil giant as the war in Ukraine drags on, forcing the U.S. to recalibrate other foreign policy objectives.

A U.S. State Department spokesperson described the trip as a welfare visit focused on the safety of several U.S. citizens detained in Caracas, including a group of oil executives from Houston-based Citgo jailed more than four years ago. The delegation includes Roger Carstens, the special presidential envoy on hostage affairs, as well as Ambassador James Story, who heads the U.S. government’s Venezuelan Affairs Unit out of neighboring Colombia.

President Nicolás Maduro confirmed the visit during televised remarks, saying the delegation would meet with a trusted ally, National Assembly President Jorge Rodríguez, to “give continuity to the bilateral agenda between the government of the United States and the government of Venezuela.”

The visit follows a surprise trip in March by the two officials and Juan Gonzalez, the National Security Council director for the Western Hemisphere. That was the first White House trip to the county in more than two decades.

That trip resulted in the release of two American citizens who the U.S. considered unjustly detained and a promise from Maduro to jumpstart talks with his opponents. Months earlier, he had suspended the negotiations, led by Norwegian diplomats in Mexico, after a key ally was extradited to the U.S. on money-laundering charges.

It’s unclear what else the officials are seeking to accomplish during the mission. But high on the list are likely to be Maduro’s demand that the U.S. lift crippling oil sanctions that have exacerbated hardships in what was once South America’s most prosperous nation.

Upon arrival in Caracas, Story met for two hours with Juan Guaidó, according to someone close to the leader of the U.S.-backed opposition. The two discussed efforts to jumpstart negotiations in Mexico, according to the person on the condition of anonymity to discuss the private meeting.

Since the March trip, both the Biden administration and Venezuela’s socialist government have shown a willingness to engage after years of hostilities between Washington and Caracas over Maduro’s 2018 re-election, which was marred by irregularities. The U.S. and other nations withdrew recognition of Maduro after that election, and instead, recognized Guaidó as Venezuela’s legitimate leader.

Although negotiations between Maduro and the opposition have yet to resume, the U.S. then renewed a license so that oil companies, including Chevron, could continue to perform only basic upkeep of wells they operate jointly with Venezuela’s state-run oil giant PDVSA.

The White House also lifted sanctions imposed in 2017 targeting the nephew of First Lady Cilia Flores, who at the time was accused of facilitating corruption while a top official at PDVSA.

The trip follows a public plea to the Biden administration from the family of Matthew Heath, a former U.S. Marine arrested nearly two years ago on what the U.S. considers trumped-up terror charges. Heath’s family earlier this month called on the administration to take urgent action to save his life following what they said was a suicide attempt, which the AP has been unable to verify.

The U.S. is also interested in tapping into Venezuela’s vast oil wealth as the war in Ukraine has led to a 50% jump in oil prices that is fueling the worst inflation in decades.

Maduro during his televised remarks Monday alluded to remarks from an official close to French President Emmanuel Macron urging the U.S. to ease sanctions on Venezuela and Iran to offset the spike in oil prices. The comments were made on the sidelines of a meeting of the Group of Seven leaders in Germany.

Venezuela has the world’s largest proven oil reserves but production has plummeted for the past decade as a result of a drop in prices, mismanagement and the U.S. sanctions. Its presence in the world oil market is today marginal and any attempt to boost production would take time to materialize.