US suicide rates rose in 2021, reversing two years of decline 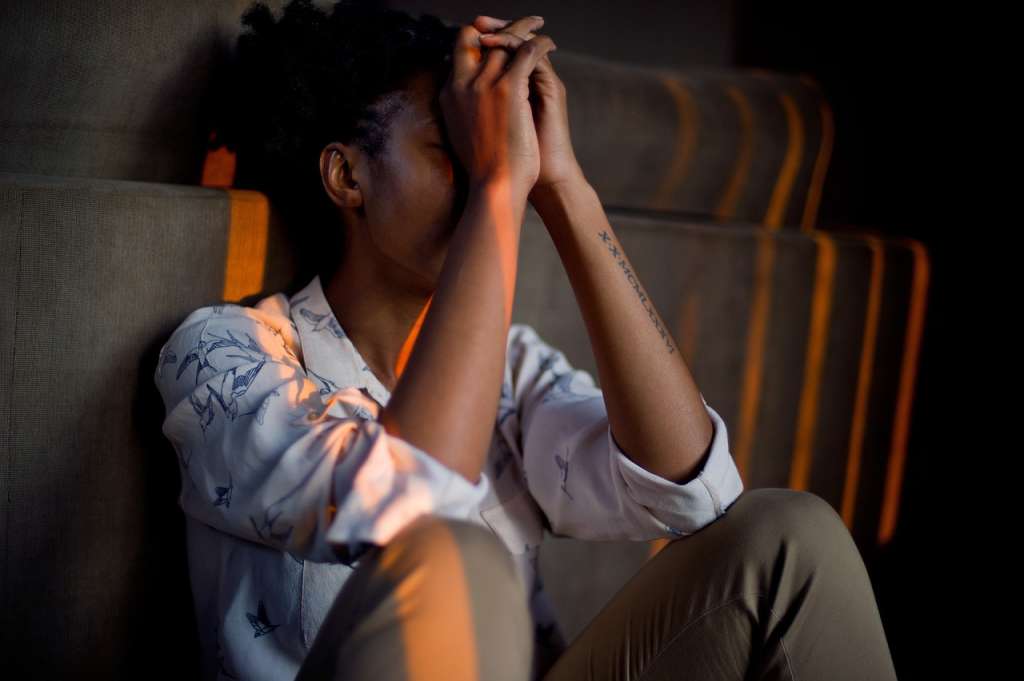 (CNN) — Last year, a landlord stopped by Patrick John’s home in the Salt Lake City area to replace a broken dishwasher.Johnwas always a little shy with people he didn’t know well, but he welcomed his guest with the warmth that he was known and loved for.

In the process of replacing the dishwasher, they discovered that mice had found their way inside the house, likely because of nearby construction. But for John — a husband and father of four — the mess became a physical representation of his sense that he was failing his family.

A few years earlier, physical health challenges had made John unable to work. The change took a toll on him in many ways. That day, his worries spiraled into fears of eviction or homelessness, and he called his wife, Sabina, in a panic.

John had also struggled with depression and anxiety for years and was working hard to overcome his mental health challenges with regular therapy and medication. But his access to therapy was cut off in 2020 as the office closed to in-person visits amid the Covid-19 pandemic, and in early February 2021 — within hours of the landlord leaving — he died by suicide at age 32.

“It was everything leading up to that point that made such a small thing so big to him,” Sabina John said. “The day was just hard, in general, and I think that may have just tipped him over the edge to say ‘I can’t do this anymore.’ “

Patrick John was one of 47,646 people in the US who died of suicide last year, according to a new report from the US Centers for Disease Control and Prevention — one death every 11 minutes.

Suicide has long been a growing concern — rates have increased 31% over the past 20 years, CDC data shows — but experts were divided in their expectations of what the pandemic would bring. Isolation and other new stressors could take a heavy toll, for example, but the forced changes could also help people remove themselves from previous stressors and find solace in a shared crisis.

A dip in suicide rates in 2019 continued into 2020, but the CDC report, released Friday, shows that 2021 reversed most of that improvement and brought rates back to near-record levels — about 14 suicide deaths for every 100,000 people.

The pandemic may have introduced new difficulties into our lives, but experts say the many reasons a person may attempt suicide have a common core.

“There is individual difference that exists with what might make me lose hope versus you,” said Sarah Brummett, director of the National Action Alliance for Suicide Prevention’s executive committee. “But taking a step back, when we’re talking about the drivers for suicidal despair, we’re talking about pain and the loss of hope that things can get better.”

For some, like John, the path is long and winding before it reaches a breaking point. For others, it’s more direct.

“Traditionally, we thought of suicide as linear. First, you start having thoughts, and you maybe practice with attempts, and then you actually attempt. But people can jump these phases,” said Justin Baker, a psychologist and assistant professor at the Ohio State University College of Medicine. “This may be someone that has previously never struggled with suicide. So universal screening measures would have missed that kind of individual.”

In either case, it is often just a matter of minutes between the time a person decides to take their life and when a suicide attempt is made, experts say. But there’s usually a trigger — like a breakup, a financial crisis, violence or other trauma.

“That individual can’t think their way through that situation or find an alternative strategy to get out. They’re just flooded and overwhelmed, and so they see suicide as the solution to that immense distress or pain,” Baker said.

But, he said, most people who survive suicide attempts say they didn’t really want to die — they just want help getting through that immediate pain.

Although CDC data shows that suicides increased from 2020 to 2021, experts say it’s challenging to draw conclusions from one year of change. And rates are relatively stable compared with three years earlier.

In recent years, progress has been made on both critical fronts: better options for addressing the immediate crisis and building up support for broader mental health resources.

“Suicides did not skyrocket the way a lot of people thought they would” during the pandemic, partly because there were efforts by so many who were “trying to head off what we were afraid would happen,” said Doreen Marshall, a psychologist and vice president of mission engagement with the American Foundation for Suicide Prevention.

There was also a “growing awareness and learning on the part of the public about what mental health is and how to help someone who’s struggling,” she said.

Although John would often isolate himself during tough times, he did recognize the positive effects of talking things through with his therapist and family — and he was generous in offering that support to others.

He was an avid gamer and found respite in the online gaming community. After his death, one fellow gamer reached out to his wife to share the story of how talking with John — and the compassion and empathy he gave him in times of pain — helped save his own life.

The National Suicide Prevention Lifeline also recently transitioned to a three-digit hotline, the 988 Suicide and Crisis Lifeline, to make it easier for people to get help.

“The impulse to act is a very short, intense one. And so the goal is really to get people through those difficult moments,” Marshall said. “The shorter number is more accessible for people to remember in that time of crisis.”

And calls into the hotline jumped 45% after its launch over the summer, compared to the same time a year earlier, according to data from the US Department of Health and Human Services.

Some point to guns as the driving risk factor.

The new CDC report does not include data on suicide methods or attempts for 2021. But data from 2020 shows that for every person who died of suicide, there were eight suicide-related hospital visits and 27 suicide attempts. And firearms were used in more than half of suicide deaths.

Owning a gun does not make a person more likely to feel suicidal, but having access to one during a crisis can be a “really bad combination,” Brummett said. “We’re really talking about collaborative approaches that create time and distance between me, in the presence of a suicidal crisis, and my firearm.”

And with a record year of gun sales in 2020, the risk increases with more guns in more homes.

“Guns are so uniquely lethal compared to the most common other methods in the United States,” Freilich said. The vast majority — 9 out of 10 people — who attempt suicide using a gun die as a result, but about the exact opposite is true for those who attempt with other methods.

“Even if you were 0% effective at preventing people from attempting suicide, replacing the means — the access to firearms — would save the majority of people.”

But mental health struggles, including suicidal ideation, can affect anyone, experts say.

Suicide is a major contributor to premature death in the US overall, and it’s the second leading cause of death among people ages 10 to 34, according to the CDC.

Between 2020 and 2021, suicide deaths among girls ages 10 to 14 increased more than any other group, followed by teenage boys and young men ages 15 to 24, according to the new CDC report. And in 2021, the American Academy of Pediatrics declared a state of emergency concerning children’s and adolescents’ mental health.

“Now that we’ve made it easy to talk about mental health, we have to ensure that our infrastructure is able to withstand the additional referrals,” Bakersaid. “We need to now adjust to being able to absorb all the people who are wanting to actually address their mental health.

“In some ways, we’ve created a new problem,” he said.

Not a burden but a gift

Once John stopped therapy, Sabina said, it was tough for him to get back into it once services were available again and he often lamented the burden he felt that he put on his family.

But for Sabina, he was anything but.

“He really thought I would be better off without him, but that’s just not the case,” she said.

She is proud of the qualities he instilled in their kids: curiosity, ambition, humor and compassion. Their oldest daughter talks with her hands like he did and has a laugh that sounds just like his, and it makes her smile.

And when his memory or the topic of suicide comes up, Sabina is sure to never shy away from it.

That way, she said, they can remember him together with a focus on all of the good times, without letting him be defined by his death.

Editor’s note: If you or someone you know is struggling with suicidal thoughts or mental health matters, please call the Suicide & Crisis Lifeline at 988 or 800-273-8255 to connect with a trained counselor, or visit 988lifeline.org.