Two American fighters are missing in Ukraine and feared captured 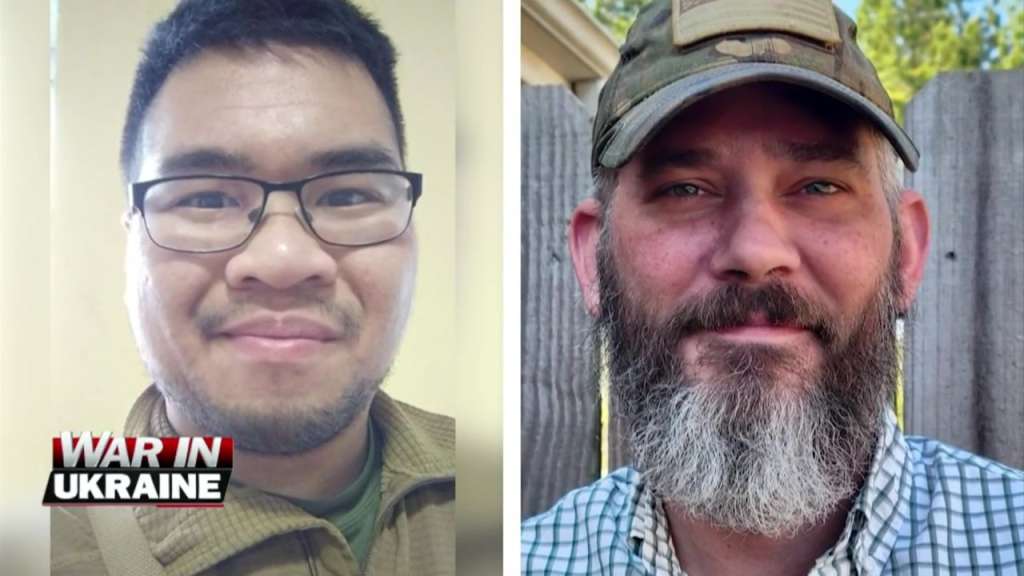 (CNN) — Two Americans fighting alongside Ukrainian forces north of Kharkiv have been missing for nearly a week and there are fears that they may have been captured by Russian forces, according to their families and a fellow fighter.

A man who is acting as the team’s sergeant, who wished to remain anonymous for security reasons, provided CNN with photos of both men’s passports and their entry stamps into Ukraine. The man said that their unit was fighting under the command of Ukraine’s 92nd mechanized brigade on June 9, near the town of Izbytske.

Drueke and Huynh, he said, went missing during the battle and subsequent search missions failed to find any remains. A post on a Russian propaganda channel on Telegram the following day claimed that two Americans had been captured near Kharkiv. “It was absolute chaos,” he told CNN. “There was about a hundred plus infantry advancing on our positions. We had a T72 firing on people from 30, 40 meters away.”

Bunny Drueke, Alexander’s mother, told CNN that “they are presumed to be prisoners of war, but that has not been confirmed.”

Huynh’s fiance, Joy Black, told CNN, “We don’t want to make assumptions about what might have happened at this time. Obviously they’re looking at several scenarios. And one of them is that they might have been captured. But we don’t have absolute confirmation of that at this time.”

A US State Department spokesperson said on Wednesday that they “are aware of unconfirmed reports of two U.S. citizens captured in Ukraine.”

The White House said Wednesday that they can’t confirm the reports, however, National Security Council coordinator for Strategic Communications John Kirby said that “if it’s true, we’ll do everything we can to get them safely home.”

Both Bunny Drueke and Black told CNN that their last communication with their loved ones was on June 8, when the men told them that they would be going offline for a few days for a mission.

“It was a pretty normal conversation actually: I told him I was getting food with my friends at our favorite restaurant,” Black said. “And he said, ‘I love you very much.’ And then he said, ‘I’ll be unavailable for two to three days.’ Which I found out was for the operation they were doing.”

They got engaged in March, not long before he left for Ukraine, she said.

“We didn’t know if we wanted to get married or get engaged before he left. And we decided on just getting engaged so that when he came back we could get married and enjoy it and not be apart right after we got married.”

Now, she said, she is “very fragile.”

“Even though not great stuff has happened, I’m still very proud of Andy for being strong,” she added.

Bunny Drueke said that she has “ups and downs.”

Drueke and Black later explained to CNN’s Anderson Cooper in a joint interview on “AC360” Wednesday evening that selflessness and a love for the US fueled their loved ones’ decision to go to Ukraine.

“He is one of the most loyal Americans you would ever hope to meet and he was proud to serve his country,” Drueke said of her son. “He said, ‘Mom, I really need to go and help fight in Ukraine because if Putin is not stopped there he is not going to be satisfied, he will become emboldened and eventually Americans will be threatened.'”

Fighting back tears, Black told Cooper that her fiancé “didn’t go there for selfish reasons or anything. He really had this gnawing at his heart and this big burden on him to go and serve the people however he can.”

“I know it’s not a great situation, but I’m still very proud of him. I just want to see him back safely,” she said.