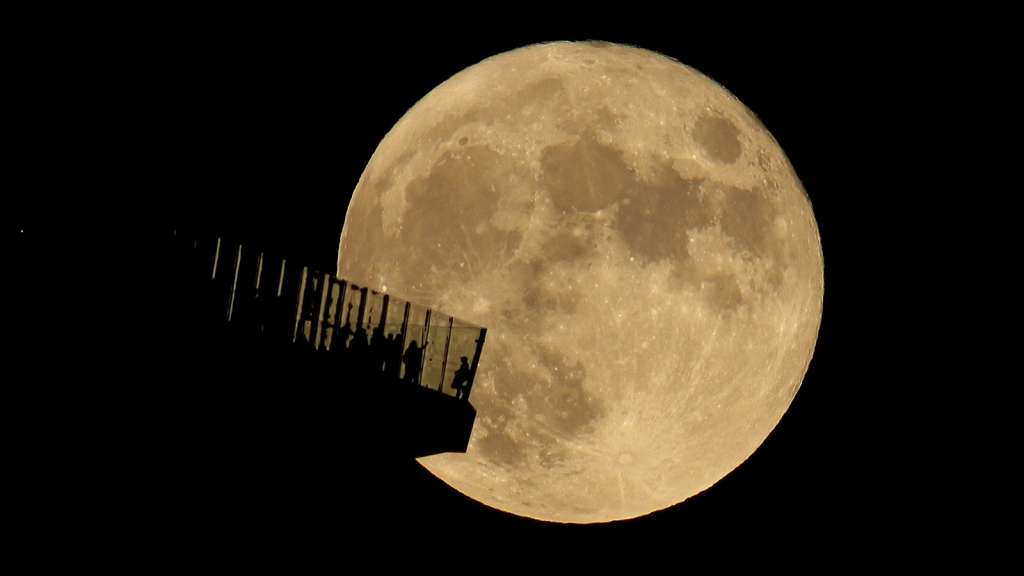 (CNN) — October’s full moon is just around the corner and serves as a reminder: the eerie season is fast approaching.

On Sunday, October 9, just before 5 p.m. ET, a full moon will reach its peak illumination, the US Naval Observatory’s Astronomical Applications Department said. But the moon will still be below the horizon — you’ll need to wait until sunset to fully relish the hunter’s moon and its ghostly glow.

Why the hunter’s moon? Every full moon comes with a long list of nicknames typically tied to the months of year during which it occurs, according to EarthSky. The hunter’s moon and its September predecessor, the harvest moon, however, are named for the seasons.

September’s full moon was closest to this year’s autumnal equinox, which fell on September 22, and thus became 2022’s harvest moon, according to The Old Farmer’s Almanac. The full moon after the harvest moon becomes the hunter’s moon by default.

The hunter’s moon has historically signaled to farmers that it was time to prepare for the chilly winter ahead, as the full moon’s light provided easy visibility for hunting the animals that would fuel them through the cold months, according to The Old Farmer’s Almanac.

“Animals are beginning to fatten up ahead of winter, and since the farmers had recently cleaned out their fields under the harvest moon, hunters could easily see the deer and other animals that had come out to root through the remaining scraps,” the Almanac said.

While these early farmers looked to their illuminated fields during the full moon for a successful hunt, you might be encouraged to look up. (And if you feel inclined, you can always do some meal prep.)

You’ll first be able to observe the hunter’s moon in the sky on Saturday, October 8. And as the sun sinks below the horizon on Sunday night when it’s at its peak, the moon will look bigger and more orange than usual — a result of the ‘moon illusion’ phenomenon, a trick that your brain plays on the eyes.

When the moon is low in the sky, it is viewed in relation to things like chimneys and trees so that our eyes can make sense of its size and shape, according to The Old Farmer’s Almanac. “Your brain compares the size of the Moon to the trees, buildings, or other reference points, and suddenly, the Moon looks massive!”

The hunter’s moon won’t be the weekend’s only reason to keep your eyes on the skies — the Draconid meteor shower will be best visible at around 7 p.m. ET on October 8. The meteor shower occurs “when Earth collides with bits of debris shed by periodic comet 21P/Giacobini-Zinner,” NASA’s Solar System Exploration Research Virtual Institute said. “The comet orbits the sun once every 6.6 years, leaving tendrils of dust in its wake,” NASA explained, which are visible to the naked eye.

You can also catch the peak of these upcoming meteor shower events later this year, according to EarthSky’s 2022 meteor shower guide:

There are two more full moons are on the calendar for 2022, according to The Old Farmer’s Almanac:

And there will be two more eclipses — one solar, one lunar — occurring this year.

A partial solar eclipse on October 25 will be visible to people in parts of Greenland, Iceland, most of Europe, northeast Africa, and western and central Asia.

A total lunar eclipse on November 8 can be seen across Asia, Australia, the Pacific, South America and North America between 3:02 and 8:56 a.m. ET. But for people in eastern North America, the moon will be setting during that time.

It is important to wear proper eclipse glasses to view solar eclipses safely as the sun’s light can damage the eyes.