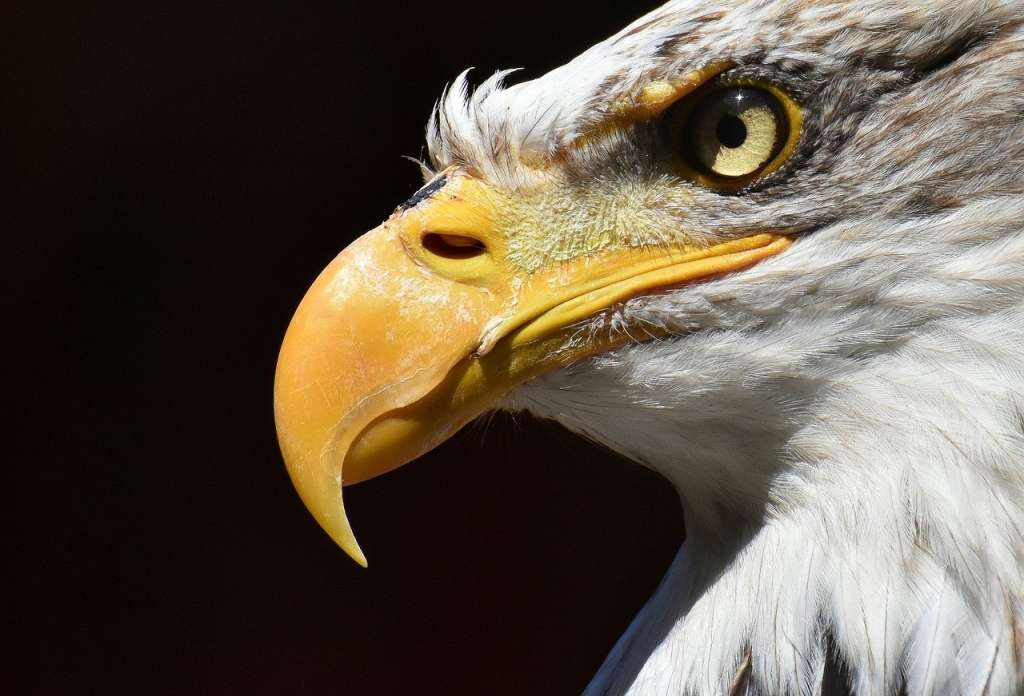 File photo (Image by Alexandra: A life without animals is not worth living from Pixabay)

Thirteen years after Vermont lost the ignominious distinction of being the only state in the continental United States without any breeding pairs of bald eagles, the state is moving to remove the iconic national symbol from its list of threatened and endangered species.

Since 2008 the number of breeding eagles have grown to where, last year, biologists discovered 64 young eagles in the state and more than 75 were found in a recovery region, which includes portions of New Hampshire and New York.

“They are pretty amazing looking birds. They are huge, first of all, they’re just a striking predator,” said Margaret Fowle, a conservation biologist with Vermont Audubon was has been working on eagle projects in the state for almost 20 years. “For me, every time I see them, it’s kind of awe-inspiring.”

Removing the eagles from the state list was the culmination of decades of work at the state, regional and national level that benefitted a number of other species of birds and other animals, said Mark Scott, the director of wildlife for the Vermont Department of Fish and Wildlife.

“When people care about something and we all come together to work on things great things can happen,” Scott said Thursday.

Habitat destruction and the use of the pesticide DDT beginning in the 1940s reduced the numbers of bald eagles across North America. By the early 1960s, bald eagles — adopted as the national symbol in the 1700s — were nearly wiped out.

DDT was banned in 1972. In 1978, the bald eagle was placed on the federal endangered species list.

Vermont wasn’t part of the original bald eagle reintroduction plans in the 1970s and 1980s, Fowle said. The eagles were in neighboring states and people expected them to come back to Vermont naturally.

“From what I’ve learned they are sort of slow to pioneer new places so they tend to saturate an area before they spread into new areas,” she said.

Throughout the early 2000s, Vermont biologists were repeatedly frustrated by efforts to bring back the birds, which were known to be successfully breeding in the adjacent states of New Hampshire, Massachusetts and New York. Some were nesting within just a few hundred yards of Vermont.

The state tried to lure breeding eagles to Vermont by building nests and laying deer carcasses near them.

In 2002, eagles were spotted building a nest, but the next year great horned owls took over the nest. In 2005, eagles built two nests in southeastern Vermont but didn’t lay any eggs. Then in 2006, a pair hatched an eaglet in Rockingham — but a few weeks later, the young bird was found dead.

Around the same time biologists began raising young eagles in special boxes in the Dead Creek Wildlife Management Area in Addison. By the time the project ended in 2006, biologists had raised 29 young eagles.

The September 2008 confirmation that a bald eagle pair had successfully raised a young eagle along the upper reaches of the Connecticut River ended Vermont’s distinction as the only state without breeding eagles. It’s unclear if those birds came from the Dead Creek program.

As a proven success to the program, this year the Vermont Endangered Species Committee determined the bald eagle population has grown to the point where it no longer needed the additional protections.

Scott said that even after the eagles are delisted, they will still be protected by state and federal laws.

But it’s not all good news: The Vermont Endangered Species committee is recommending adding the American bumblebee, some species of plants and smaller birds to the state’s list.