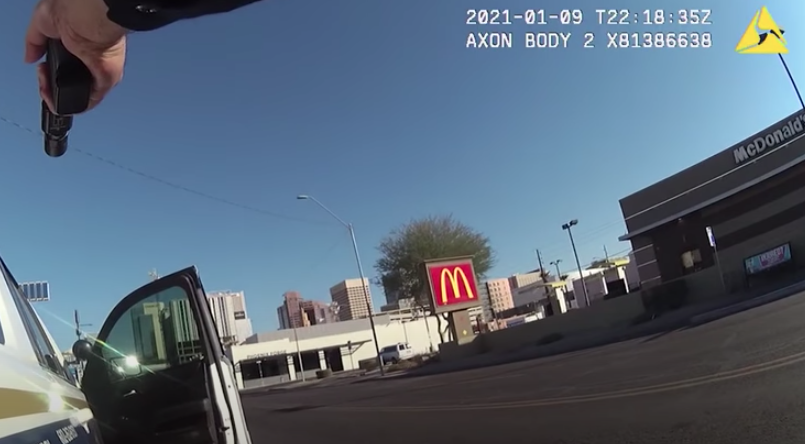 Officers responding to a report of a man who was shooting at people while holding a baby hostage in Phoenix, Arizona, on the afternoon of Jan. 9, witnessed 37-year-old Paul Bolden firing the gun with the young child in hand, according to Phoenix police.

Multiple law enforcement officials urged Bolden to drop the gun but an officer armed with a rifle fired a shot at him after he pointed the weapon at the baby and others, police said.

The attached video may contain strong language as well as graphic images which may be disturbing to some people.

Bolden was rushed to an area hospital, where he was pronounced dead.

An investigation revealed that Bolden had taken the baby from his girlfriend during a fight.

Bolden also allegedly held a motorist at gunpoint prior to officers arriving at the scene.

The gunfire from Bolden struck area businesses but no serious injuries were reported.

The Maricopa County Attorney’s Office is assisting Phoenix police with an investigation.