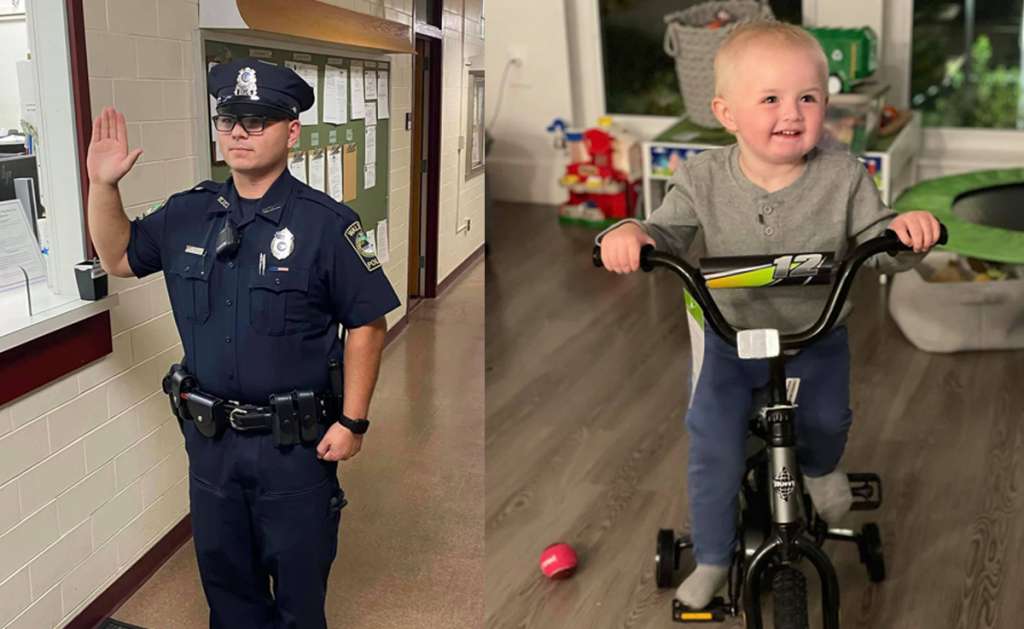 WALPOLE, MASS. (WHDH) - A pair of Walpole police officers are being praised for their kindness after they bought a new bike for a young boy who had his stolen.

Officers Nix and Sullivan on Tuesday took a larceny report for a bike that was stolen from a toddler named Spencer and proceeded to buy him a new one, according to the Walpole Police Department.

“The officers took the initiative to replace the bicycle on their own and made young Spencer’s day,” the department wrote in a Facebook post.

Police also released a surveillance image of a woman who they are looking to identify in connection with the alleged theft.