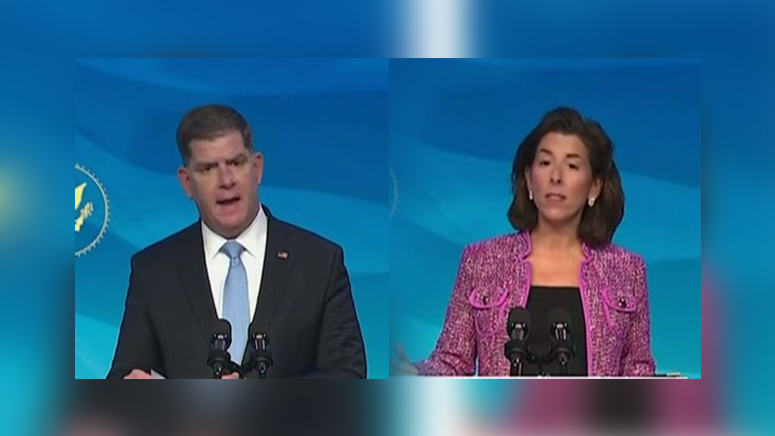 Walsh and Raimondo were joined by Connecticut members of Congress and Gov. Ned Lamont during a tour of the Groton shipyard and talks with apprentices there. They said job training is going to be vital in putting back to work people who lost their jobs during the coronavirus pandemic.

Electric Boat, a subsidiary of Reston, Virginia-based General Dynamics, is on a hiring spree because of multibillion-dollar contracts with the federal government to build Virginia-class and Columbia-class submarines. Company President Kevin Graney said apprenticeships are needed to help fill the need for skilled workers.

Electric Boat currently has more than 240 apprentices working, with the help of government funds. The company, which employs about 17,500 workers in Groton and North Kingstown, Rhode Island, hired 2,000 new workers last year and is planning to hire the same number this year.

Biden’s proposed $285 million for apprentice job training would be a $100 million increase over current funding and create 1 million to 2 million apprenticeships.

“A lot of Americans continue to struggle after the pandemic and millions of Americans are still without work,” Raimondo said. “And apprenticeships are going to be … a key piece of helping us dig out.”

Electric Boat worker Arnold Chappell said he learned how to be a machinist through an apprenticeship program he completed in January.

“It’s been one of the best things I could have done,” he said about the program. “I learned every machine in our shop and a bunch of different type of machines that will pretty much give me a good baseline for the rest of my life.”