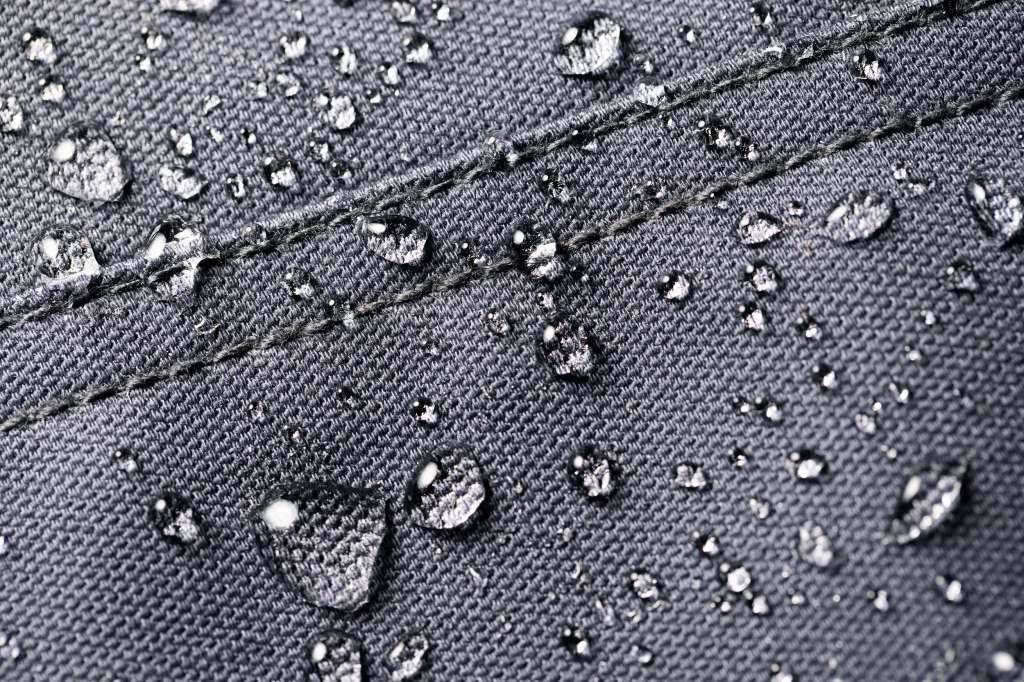 Many of the water-resistant and stain-proof home furnishings and apparel we purchase may contain toxic "forever" chemicals, called PFAS, that are linked to numerous health concerns, including liver and heart damage, immune disorders, cancer and hormone disruption, a new report found. Credit: Adobe Stock

(CNN) — Many of the water-resistant and stain-proof home furnishings and apparel we purchase may contain toxic “forever” chemicals, called PFAS, that are linked to numerous health concerns, including liver and heart damage, immune disorders, cancer and hormone disruption, a new report found.

All of the products tested by Toxic-Free Future were imported from countries in Asia and sold in the United States and online, the report said.

The report, Toxic Convenience: The hidden costs of forever chemicals in stain- and water-resistant products, was released Wednesday.

Man-made perfluoroalkyl and polyfluoroalkyl chemicals, or PFAS, are made from a chain of linked carbon and fluorine atoms that do not degrade in the environment. These PFAS chemicals have been detected in the blood of 99% of Americans, according to a 2015 report by the US Centers for Disease Control and Prevention.

Thousands of varieties of PFAS are used in many of the products we purchase, including nonstick cookware, infection-resistant surgical gowns and drapes, mobile phones, semiconductors, commercial aircraft and low-emissions vehicles.

The chemicals are also used to make carpeting, clothing, furniture and food packaging resistant to stains, water and grease damage. Once treated, the report said, textiles emit PFAS over the course of their lifetimes, escaping into the air and water in homes and communities.

The report did have some good news for consumers, Schreder said.

“We didn’t find PFAS in any of the items that were not marketed as stain or water-resistant,” Schreder said. “Consumers can just choose those to be safe.”

Raincoats, of course, are a different story, because consumers need them to be rain-repellent. But there is a rainbow here as well, Schreder added. To accomplish the goal of repelling water, a few companies are using tighter weaves, PFAS-free membranes between coat layers, and “paraffin wax, which is the only coating that has been publicly assessed and found to be safer.”

However, testing by Toxic-Free Future found 74% of the imported products still contained the older PFAS chemicals.

“I was alarmed that the older, longer PFAS chains, touted by industry as having been phased out, were found in these imported products,” said Melanie Benesh, a legislative and regulatory lawyer for the Environmental Working Group, a nonprofit advocacy group dedicated to reforming chemical safety and agricultural laws. Neither Benesh nor EWG were involved with the report.

A spokesperson for the American Chemistry Council, an industry trade organization, told CNN that importation could explain why “legacy chemistries that have been phased out were identified and could indicate a greater need for control over imported products.”

The report said product testing also found a number of newer PFAS chemicals created by industry to take the place of PFOA and PFOS. Experts say the new versions, which simply replace the eight-carbon chain with four- or six-carbon chains, appear to have many of the dangerous health effects as the older chemicals. Thus, experts say, consumers and the environment are still at risk.

“They went to the shorter chain carbons, and you study them, and they do just about the same thing,” microbiologist Linda Birnbaum, the former director of the National Institute for Environmental Health Sciences and the National Toxicology Program, told CNN in a prior interview.

“Some people call it the ‘Whac-a-Mole’ problem. Others call it the chemical conveyor belt,” Birnbaum said. “Why would we think that you can make a very minor change in a molecule you are manufacturing and the body wouldn’t react in the same way?”

The American Chemistry Council took issue with the report’s findings, saying not all PFAS are equal and should not be regulated in the the same manner.

“Lumping all PFAS together as if they are the same is at odds with mainstream science,” said Tom Flanagin, director of product communications for the American Chemistry Council, in an email. “Consumers need to be wary of reports that use flawed assumptions unsupported by the science.”

There are an increasing number of ways consumer can avoid clothing and other products laced with PFAS, experts say. One of the most effective: voting with your pocketbook.

“The easiest thing a consumer can do is don’t buy things that are marketed as stain- and water-resistant,” EWG’s Benesh said. “When it comes to clothing you want to be more waterproof, I think you’d have to do your research with the retailer to see which products are actually PFAS-free.”

There are lists of companies which are PFAS-free — or at least are in the process of becoming so, experts say. The Environmental Working Group has curated a list of companies who have not intentionally added PFAS to their products.

Consumers can also check the list of GreenScreen Certified products, which is a “globally recognized tool designed to assess and benchmark chemicals based on hazard,” said Shari Franjevic, the GreenScreen program manager for Clean Production Action, an organization dedicated to assessing green chemicals, sustainable materials and environmentally preferable products.

“The key value of GreenScreen is that it takes really complex toxicology and distills it down to a score between one and four in harm (with four being the safest). That allows people to place chemicals on a continuum and say, ‘OK, this is safer than that,’ and begin to select safer chemicals for their products.”

You still may need to read labels, however. That’s because not every item in a company’s portfolio may yet be free of toxic chemicals, while legacy products being phased out may still be on the shelves in stores.

Reading a label may be tougher than you think, considering the alphabet soup of initials used to name various PFAS chemicals. Here are just a few:

That list doesn’t include the two legacy chemicals being phased out: PFOA and PFOS.

“The most common way companies mislead is that they’ll say it’s PFOA-free, even though other PFAS’s have been used in the product,” said Scott Faber, EWG’s senior vice president for government affairs.

Going to the trouble to do your research is worth it, said GreenScreen’s Franjevic, because there are many other problematic chemicals in our lives than PFAS.

“One of the things we’re trying to educate the public on is just because it’s PFAS-free doesn’t mean it’s safer,” Franjevic said. “We are really encouraging people to understand that you want PFAS-free and what we call ‘preferred chemistry’ — products made without other carcinogens or mutagens or reproductive toxins.”