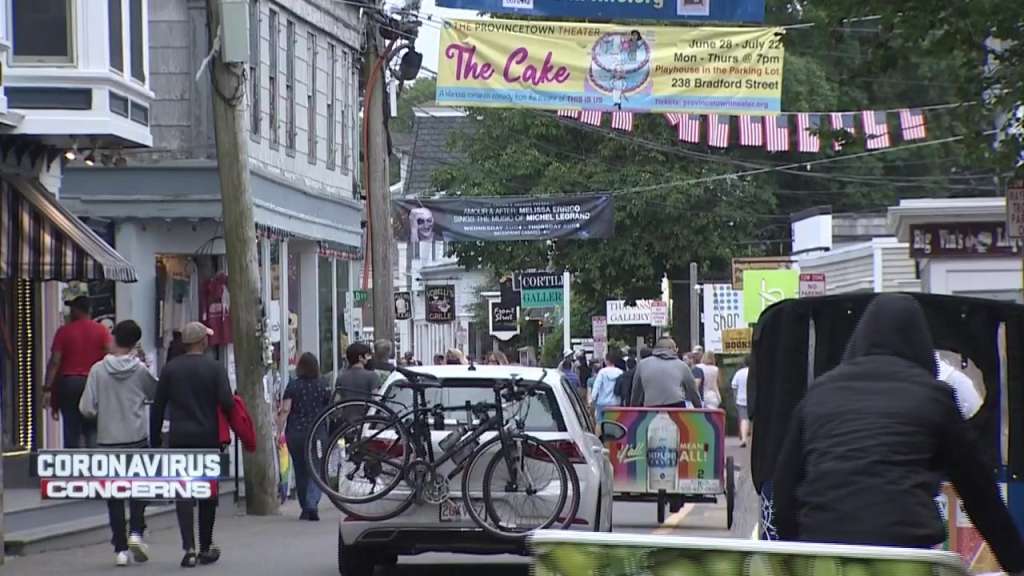 PROVINCETOWN, MASS. (WHDH) - The number of active COVID-19 cases linked to a recent outbreak in Provincetown are steadily dropping, an official said Monday.

As of Aug. 2, the total number of active cases among Provincetown residents had decreased to 59 and 212 of 231 residents who were infected have since recovered, according to town manager Alex Morse.

“We are well on our way to containment,” Morse stated in a Facebook post. “The number of people recovering each day far exceeds the number of new cases being added. We are optimistic this will continue.”

The positivity rate has also continued to improve since surveillance of the Provincetown cluster began, from a peak of 15 percent on July 15 to a new low of 3.3 percent on July 31, Morse added. The rate stood at 4 percent on Aug. 1.

There have been seven hospitalizations reported in connection with the outbreak and no deaths.

Nearly 900 total cases were reported in the weeks after people flocked to the town over the Fourth of July weekend.