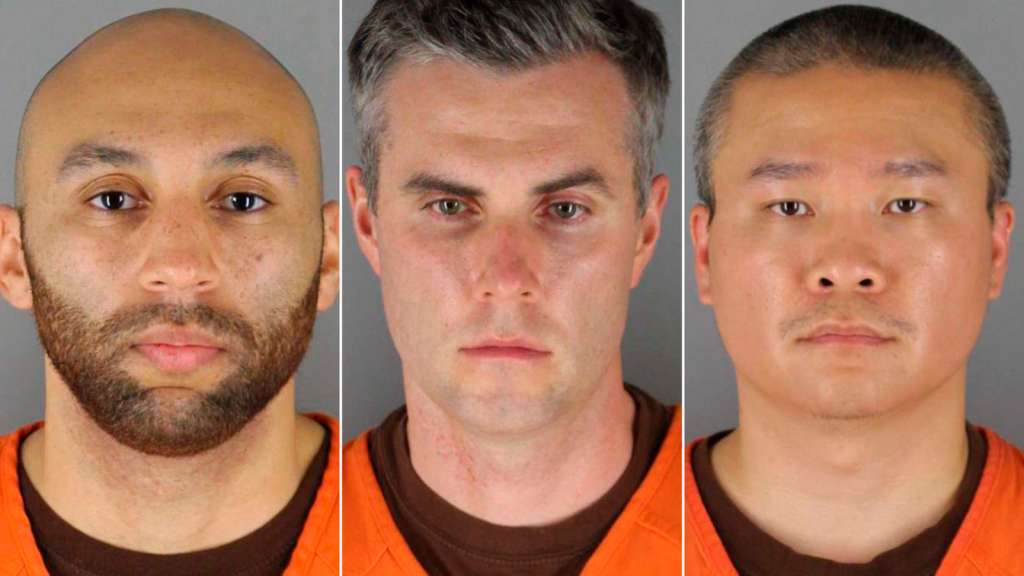 (CNN) — With Derek Chauvin’s convictions secured, the three other former Minneapolis Police officers on scene during George Floyd’s death last May are set to stand trial in August.

Prosecutors have also appealed to reinstate a third-degree murder charge against them.

The four officers had initially been set to stand trial together, but Judge Peter Cahill ruled in January that Chauvin’s trial would be held separately, citing limits on courtroom attendance due to Covid-19 precautions.

First, jurors in the upcoming trial will be instructed not to consider Chauvin’s guilty verdicts, but they will likely be aware of them because of the trial’s publicity. Chauvin’s conviction is also important in that an acquittal would have been “disastrous” for the prosecution’s case against the three other officers, in terms of appearances and public opinion, according to CNN senior legal analyst Elie Honig.

One yet unknown impact depends on Chauvin’s upcoming sentencing, which is set for June. If Chauvin gets a stiff sentence in the range of 30 to 40 years in prison, the other officers could have an added incentive to cut a plea deal, Honig said.

Prosecutors could have a similar incentive, too. Aiding and abetting charges are, by definition, one step removed from Chauvin’s actions, which makes this a “substantially more difficult case” for the prosecution, Honig said.

Some details in the case may also engender more empathy from a jury when compared to Chauvin’s disturbing indifference. For example, Lane and Kueng were rookie officers with only a few days of experience, and Lane twice asked Chauvin to move Floyd onto his side, according to a criminal complaint.

“If I’m looking at this pragmatically as a prosecutor, I have to acknowledge this is a tougher case,” Honig said.

The upcoming trial will be largely similar to Chauvin’s, likely featuring many of the same bystander witnesses, use-of-force experts and medical experts. But because there are three defendants each making their own arguments, the trial will likely be longer and more convoluted than Chauvin’s, Honig explained.

The officers’ roles in Floyd’s death

The three ex-officers’ actions on May 25, 2020, were shown in detail during Chauvin’s trial in videos from bystanders, police body cameras and surveillance footage.

Lane and Kueng were the first responding officers on scene when the Cup Foods store called police about a man using a suspected fake $20 bill. The two officers then went to a vehicle with Floyd sitting in the driver’s seat. Lane pulled out his firearm and pointed it at Floyd, yelling at the 46-year-old Black man to show his hands, according to their body camera footage.

Lane pulled Floyd from the vehicle and handcuffed him, and after a conversation on the sidewalk, the officers moved to put Floyd in the back of their squad car. Floyd resisted going inside the cramped vehicle, saying he was claustrophobic, and the officers physically struggled with him and tried to force him inside, the videos show.

Chauvin and Thao arrived in a separate squad car and tried to assist in getting Floyd into the vehicle. Chauvin then pulled Floyd from the vehicle and placed him on his stomach on the street, the videos show. He put his knees on Floyd’s neck and back, while Kueng held down Floyd’s torso and Lane held his legs.

Floyd stayed in that position, handcuffed and prone on the ground, for 9 minutes and 29 seconds, prosecutors said during Chauvin’s trial, even as he repeated “I can’t breathe” and called for his “mama.” He eventually stopped breathing, passed out and lost his pulse.

While Chauvin, Kueng and Lane restrained Floyd, Thao stood nearby and blocked concerned bystanders from getting close, repeatedly raising his voice and arguing with them.

During the restraint, Lane is heard asking, “should we roll him on his side?” and Chauvin responded, “No, staying put where we got him,” according to body camera videos. Minutes later, Lane again said, “want to roll him on his side?” the videos show. Kueng checked for Floyd’s pulse but could not find one. The officers at no point moved Floyd into a side recovery position to help with his breathing.

All four officers were fired in the wake of the bystander video’s release, and they were arrested and charged days later.

Both Kueng and Lane were rookie officers without much experience.

Lane also joined the police department as a cadet in February 2019. He didn’t have a history of complaints. He had been on the police force for four days when Floyd died, his attorney Earl Gray said last year. Lane was “doing everything he thought he was supposed to do as a four-day police officer,” Gray said.