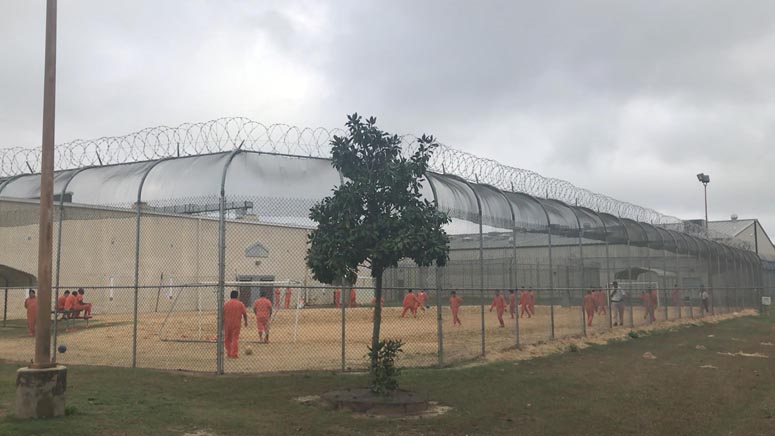 (CNN) — A whistleblower who previously worked at an Immigration and Customs Enforcement facility in Georgia detailed a high rate of hysterectomies and alleged medical neglect in a complaint filed to the Department of Homeland Security inspector general Monday.

Dawn Wooten, a licensed practical nurse employed by the center who’s represented by the Government Accountability Project and Project South, stated in a complaint that while some women may have required a hysterectomy, “everybody’s uterus cannot be that bad.”

“Everybody he sees has a hysterectomy—just about everybody. He’s even taken out the wrong ovary on a young lady [detained immigrant woman]. She was supposed to get her left ovary removed because it had a cyst on the left ovary; he took out the right one. She was upset. She had to go back to take out the left and she wound up with a total hysterectomy,” Wooten explains in the complaint.

“She still wanted children—so she has to go back home now and tell her husband that she can’t bear kids… she said she was not all the way out under anesthesia and heard him [doctor] tell the nurse that he took the wrong ovary,” she continued.

The complaint doesn’t disclose the name of the gynecologist or the number of women allegedly coerced into receiving the procedure, nor when it occurred. ICE said it doesn’t comment on matters presented to the inspector general.

“ICE takes all allegations seriously and defers to the (Office of the Inspector General) regarding any potential investigation and/or results. That said, in general, anonymous, unproven allegations, made without any fact-checkable specifics, should be treated with the appropriate skepticism they deserve,” the agency said.

A detained immigrant told Project South, a social justice organization, that she had spoken to five different women at Irwin County Detention Center between October and December 2019 who had a hysterectomy.

“When I met all these women who had had surgeries, I thought this was like an experimental concentration camp. It was like they’re experimenting with our bodies,” said the immigrant, whose name was not disclosed by the organization.

LaSalle Corrections, which operates the facility, did not immediately respond to CNN’s request for comment.

Wooten also describes speaking with detained women who didn’t fully understand why they had the medical procedure.

“These immigrant women, I don’t think they really, totally, all the way understand this is what’s going to happen depending on who explains it to them,” Wooten said.