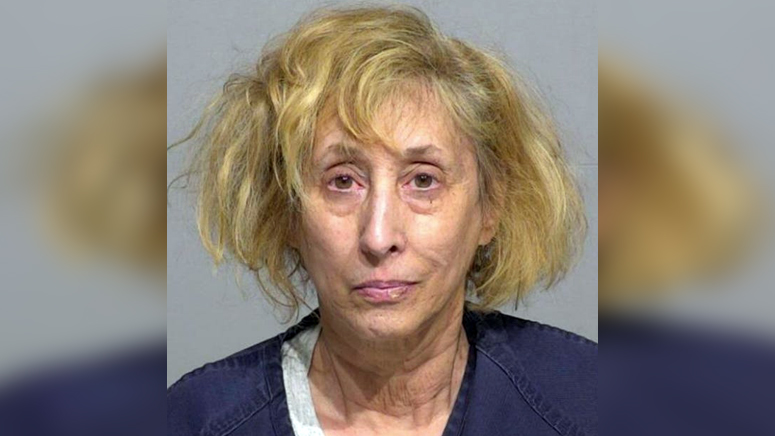 (WHDH) — A white attorney was arrested twice over the weekend after she allegedly spit on a black teenage protester and shoved a college student who was writing protest messages in chalk on a sidewalk near her home, officials said.

Stephanie Rapkin, 64, was initially arrested in Shorewood, Wisconsin, around 10 p.m. on Saturday after a video showed her spitting on a 17-year-old protester during an altercation at a Black Lives Matter rally, according to the Milwaukee County Sheriff’s Office.

The video showed a group of protesters urging Rapkin to move her car so they could leave. She then could be seen shouting back, spitting on the teenager in the process, the Milwaukee-Journal Sentinel reported.

On Sunday, Rapkin was again caught on camera taking part in another violent altercation.

Joe Friedman, 21, of Ithaca College, reportedly heard about Rapkin’s arrest and decided to visit her neighborhood to write chalk protest messages that included,”Be better than this” and “I spit on a child. How dare you!”

Rapkin allegedly confronted Friedman after about an hour, got into an argument about the spitting incident, and shoved him the chest.

“The victim in today’s incident reported he was peacefully protesting on the sidewalk in front of suspect’s home, when the suspect came out and engaged in a verbal altercation,” Shorewood police wrote in a press release. “The victim reported the suspect then slapped both of her hands on the victim’s chest and physically pushed him.”

Rapkin also resisted arrest and struck one officer in the groin, according to police.

Rapkin is facing a slew of charges, including battery and disorderly conduct.

She was booked into the Milwaukee County Jail on Sunday and kept overnight on $950 bail.