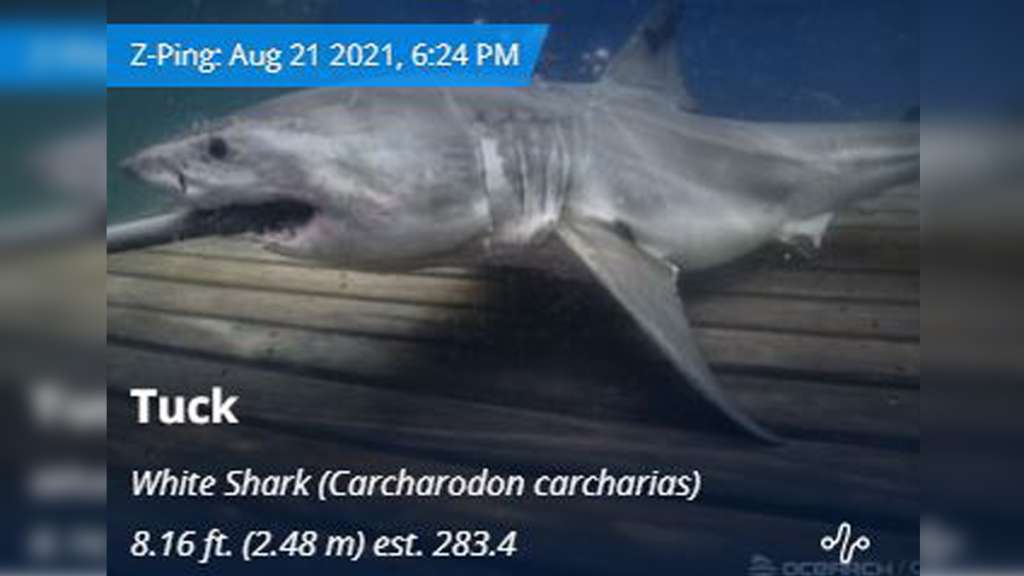 (WHDH) — OCEARCH has released the findings of its 41st Ocean Research Expedition in New England where they were successfully able to sample, tag, and release three white sharks. The organization says the data collected from these sharks will support 23 science projects, helping “form a complete picture of the ecology, behavior and health of the white shark in the Northwest Atlantic Ocean.”

Expedition New England departed from New Bedford on Aug. 1 and spent the first week fishing in federal waters outside of Cape Cod and Nantucket before heading to the Isle of Shoals off of New Hampshire, and ending in Gloucester on Aug. 20.

OCEARCH’s Northwest Atlantic White Shark Study is the most comprehensive research study that has ever been done on a white shark population and the data collected from the three sharks tagged and sampled on Expedition New England will support 23 different research projects including full health assessments, bacterial and microbiome studies and microplastic toxin exposure. In addition, the three tags added to each of these sharks will allow scientists to track their long-term movements as they grow into young adults.

“The addition of sharks Olympia, Tuck, and Santiago studied off Nantucket and Cape Cod, Massachusetts helps us complete our needed sample size for juvenile white sharks in the northwest Atlantic. The two smaller sharks, 7ft female Olympia and 6ft male Santiago, are showing us how these young sharks use the waters off Nantucket Island in the summertime. 8ft male Tuck, on the other hand, spent his first few days off Cape Cod but then headed north, taking in the productive coastal waters from Massachusetts to the Bay of Fundy, Canada,” said OCEARCH Chief Scientist Dr. Bob Hueter.