Why Covid-19 vaccine boosters may be more important than ever 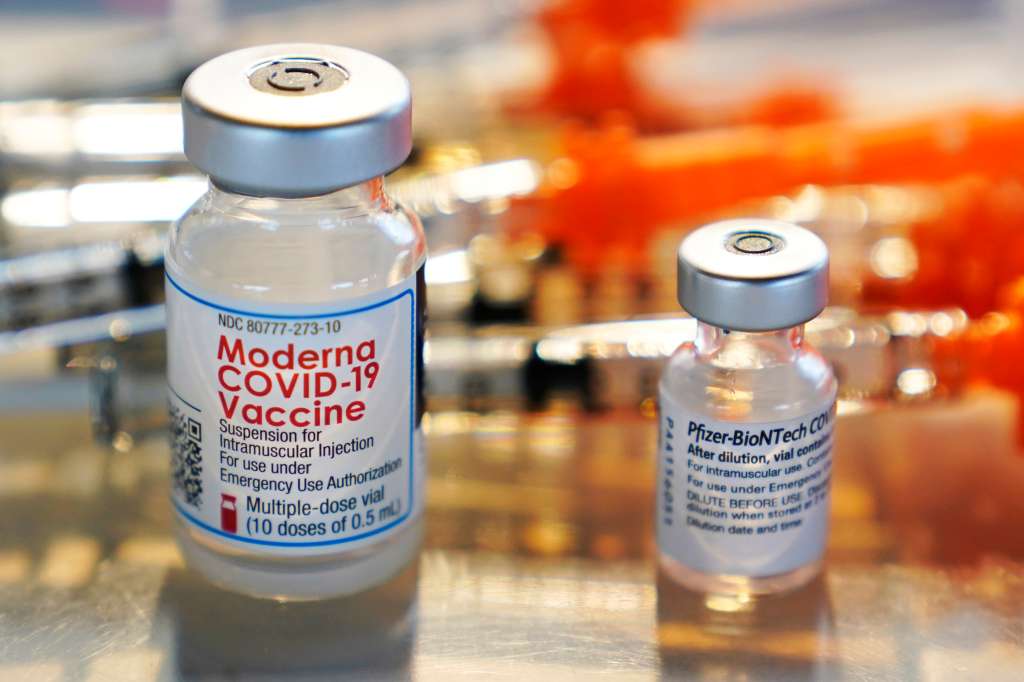 FILE - Vials for the Moderna and Pfizer COVID-19 vaccines are seen at a temporary clinic in Exeter, N.H. on Thursday, Feb. 25, 2021. The Food and Drug Administration has authorized another booster dose of the Pfizer or Moderna COVID-19 vaccine for people age 50 and up, Tuesday, March 29, 2022. (AP Photo/Charles Krupa, File)

(CNN) — With waning immunity and a coronavirus that seems to become more infectious with each new variant, the Biden administration predicts that up to 100 million more people could get Covid-19 in the fall and winter. That estimate makes it crucial that as many people as possible get booster shots of Covid-19 vaccine, experts say. And if you’re eligible, it’s a good time to get a second booster.

Less than half of eligible Americans — only about a third of the total US population — have gotten a first booster dose, according to the US Centers for Disease Control and Prevention. Only about 10 million people have received a second booster, which is authorized for people 50 and older, along with those who are 12 and older who are moderately to severely immunocompromised.

The CDC encourages people to be “up-to-date” on Covid-19 vaccinations — which includes getting boosters at the appropriate time — but still defines a person to be “fully vaccinated” if they’ve received at least their initial vaccination series.

But this week, a senior Biden administration official was more direct: All adults need a third shot.

Vaccination is the best way for individuals to protect themselves against Covid-19, and protection is most effective with at least three shots, the official said.

Getting more Americans boosted against Covid-19 could make a big difference as far as case numbers go, according to Dr. Peter Marks, director of the Center for Biologics Evaluation and Research at the US Food and Drug Administration. He told the American Medical Association on Monday that he is “a little concerned” about where the Covid-19 pandemic is heading.

“It’s really important that we try to get the half — or a little bit more than a half — of Americans who have only received two doses to get that third dose,” Marks said. “That may make a difference moving forward here, and it may particularly make a difference now that we’re coming into yet another wave of Covid-19.”

The current rising Covid cases are nothing like what the US saw with the initial Omicron surge, but as of Monday, the US is averaging 71,577 new cases a day, according to Johns Hopkins University.

Case rates are currently highest in the Northeast region of the US, where booster uptake is best. Nearly half of Vermont’s population is fully vaccinated and boosted, along with more than 40% of the population in Maine, Rhode Island, Connecticut and Massachusetts, according to CDC data.

But cases are also starting to tick up in the South, where less than a quarter of the population is fully vaccinated and boosted. In North Carolina, Alabama and Mississippi, less than 1 in 5 people have received their booster shot.

Everyone in the US who is 12 and older is eligible for a booster dose. Only the Pfizer/BioNTech vaccine is available as a booster for adolescents 12 to 17.

CDC data shows that booster uptake is higher in older age groups in the US, consistent with broader vaccination trends. But nearly 2 out of 5 seniors age 65 and older — and more than 3 out of 5 adults overall — do not have either of their booster shots.

People who get three doses of an mRNA vaccine have a relatively low rate of Covid-related urgent care visits and hospitalizations compared with those who got only two doses, studies have shown. Even with the more infectious Omicron variant, a booster seems to protect against more severe disease.

Scientists are still trying to determine whether younger age groups would benefit from an additional vaccine dose. Pfizer and BioNTech have requested emergency use authorization for the 5-to-11 age range.

“That will hopefully be acted on in the not-too-distant future,” Marks said.

A fourth dose of Moderna or Pfizer/BioNTech’s mRNA Covid-19 vaccine — which is already authorized for people 50 and older in the United States — seems safe and provides a “substantial” boost to immunity at similar or even better levels than a third dose, according to a study published Monday.

The researchers gave study participants whose median age was 70.1 years a half dose of the Moderna vaccine or a full dose of the Pfizer vaccine in a random selection in January, about seven months after they received their first booster. The second booster didn’t seem to have any major side effects. The biggest complaints were arm pain and fatigue.

The booster also generated an immune response at day 14 that was higher than that at day 28 after the third dose of the Pfizer or Moderna Covid-19 vaccine.

When the researchers compared the mRNA vaccines, Moderna’s fourth dose seemed to do slightly better than Pfizer’s, but it’s unclear why. Both generated what scientists considered a “significant fold change” in protective antibodies. T-cell responses were also boosted after the fourth dose.

Antibodies are a first line of immune protection that can stop a virus from infecting cells. T-cells come in later and destroy infected cells. T-cells can’t protect against mild infections, but they can keep infections from progressing to severe disease.

The study also showed that some people who had higher levels of antibodies before the fourth dose of the Covid-19 vaccine had only “limited” boosting. Those with a history of Covid-19 infection had a similar limited response. The authors say this suggests that there may be a ceiling or maximum response that can come with a fourth vaccine dose.

The study didn’t look specifically at neutralization of the Omicron variant.

Two earlier studies out of Israel showed that hospitalization and death rates from Covid-19 could be reduced with a fourth vaccine dose given at least four months after the third dose. The reduction in hospitalizations and death persisted over time with this fourth shot.

New generation of vaccines and boosters

Marks hopes that the next generation of Covid-19 vaccines — which he predicts will come in the next year or two — will be even better at protecting people against the “whole variety” of Covid variants and provide a more robust immune response.

The FDA’s vaccine advisory committee will meet in late June to review the data on vaccines, including monovalent (which would target a single variant) and bivalent vaccines (which could target the original strain of the virus plus another).

“It’s a little bit of a challenge here because we don’t know how much further the virus will evolve over the next few months,” Marks said. “But we have no choice, because if we want to produce the hundreds of millions of doses that need to be available for a booster campaign, we have to start in the early July timeframe or even sooner to get those kinds of numbers.”

The FDA committee may also discuss whether an additional booster should be recommended in the fall for the general population or for target groups, Marks said.

Some doctors have said they’ve heard from patients who want to wait to get a booster to get better coverage for winter. Marks said that waiting to get a booster is a bad idea, especially if those people haven’t had Covid-19 recently.

“Why? Because it’s going to be four or five, six months before we get to when you get your next booster,” he said. “You’re talking about having several months there at risk.”

Even with a fall and winter surge predicted, cases are on the increase now, and those who have had only two mRNA shots are vulnerable.

“Rather than just being casual about it,” Marks said. “I would urge them to try to get that third dose to ramp up the immunity just because we do have plenty of circulating Covid-19.”