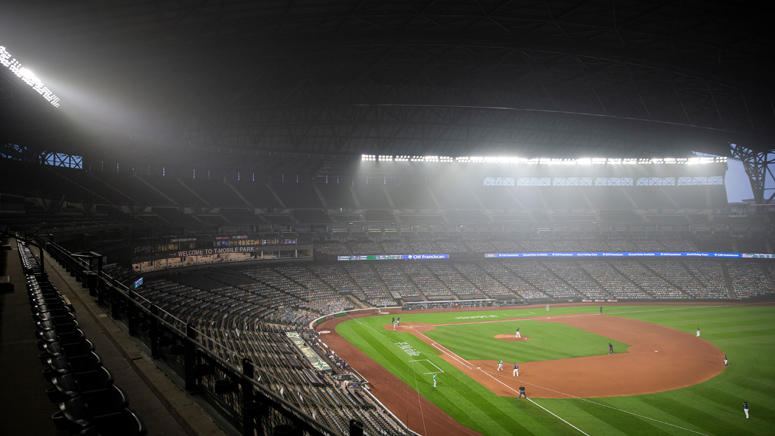 (CNN) — Oakland A’s pitcher Jesús Luzardo said he was “gasping for air” during his start on Monday in Seattle because of poor air quality caused by wildfires that have devastated the region.

A smoky haze could be seen in T-Mobile Park for the doubleheader between the A’s and Mariners, even though the stadium’s retractable roof was closed for the game.

Luzardo was pulled from the game after giving up four runs in the fifth inning and the A’s ended up losing 6-5. The A’s won Game 2 9-0.

He didn’t blame the air quality for his performance, but said he could feel it on the mound, when asked by reporters.

“I’m a healthy 22-year-old. I shouldn’t be gasping for air, or missing oxygen when I’m kind of getting to the line. I’ll leave it at that,” he said.

A’s outfielder Ramón Laureano could be seen wearing a mask in center field.

The Air Quality Index reached 290 on Monday evening, which is considered “Very Unhealthy,” according to AirNow.gov. Anything above 301 is considered “Hazardous.”

There are nine major wildfires burning in the state, according to the Washington State Department of Natural Resources. The two largest fires — the Pearl Hill and Cold Springs fires — had collectively burned more than 412,500 acres, as of Monday.

The fires are blamed for dozens of deaths in Washington, California and Oregon.

Wildfire smoke can contain particles of burning vegetation and building materials mixed with gases.
Exposure can cause chest pain, a fast heartbeat or wheezing or bring on an asthma