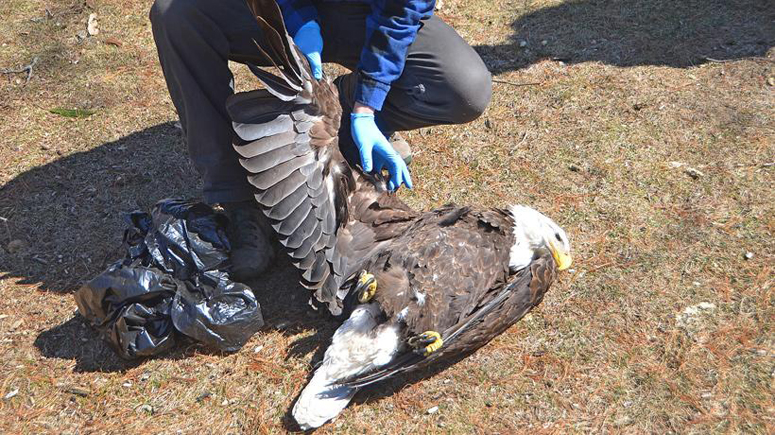 BOSTON (WHDH) - Massachusetts wildlife officials announced Monday that a bald eagle that died in March was the victim of anticoagulant rodenticide poisoning.

While mortalities in bald eagles due to anticoagulant rodenticides have been documented in other states, this marks the first confirmed case in Massachusetts, according to the Division of Fisheries and Wildlife.

Anticoagulant rodenticides are a type of rodent poison that kills by preventing blood from clotting normally, resulting in a fatal hemorrhage.

In mid-March, observers reported odd behavior of an adult female eagle at a nest located on the Charles River but the bird reportedly died within a day.

The eagle was taken to Tufts Wildlife Clinic at Cummings Veterinary Medical Center at Tufts University where a necropsy and toxicology testing were performed.

Both the necropsy and toxicology test results confirmed that the cause of death was lethal levels of anticoagulant rodenticides, according to wildlife officials.

Wildlife can be poisoned by anticoagulant rodenticides in two ways, including primary poisoning when an animal directly eats the bait and dies several days later or secondary poisoning when a predator or scavenger eats prey that has consumed the bait.

Officials say it’s impossible to determine the exact source of this rodenticide poisoning because of the hunting range of eagles.