Winnie the Pooh’s ‘Poohsticks Bridge’ for sale at auction house 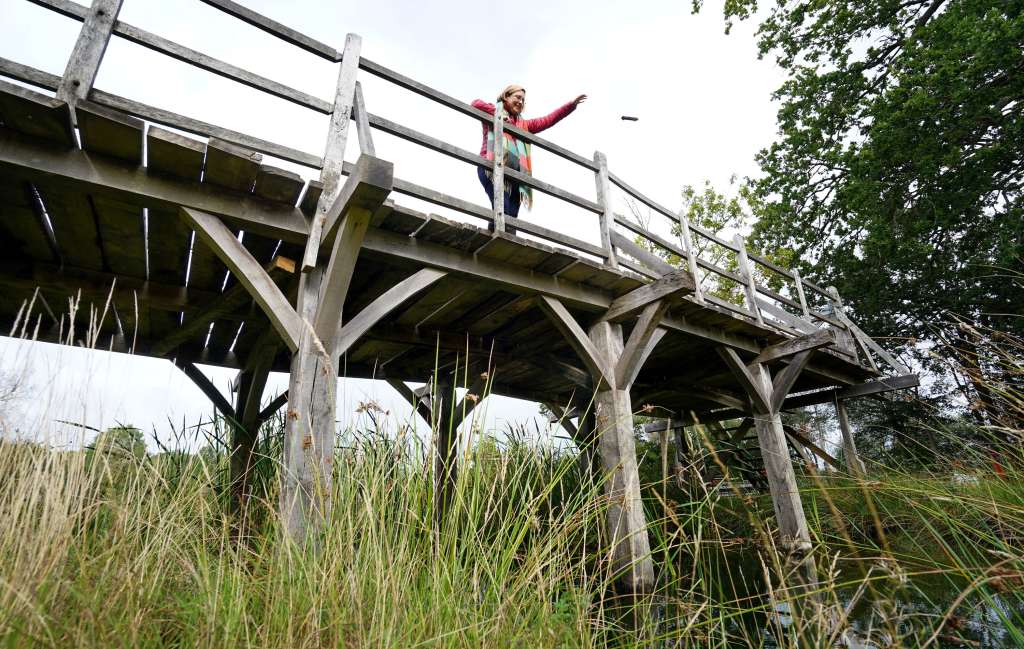 Silke Lohmann of Summers Place Auctions stands on the original Poohsticks Bridge from Ashdown Forest, featured in A.A. Milne's Winnie the Pooh books and E.H. Shepard's illustrations, near its original location in Kent. The bridge in Ashdown Forest, East Sussex, was replaced in 1999. The original has been fully restored and goes up for sale at the auction house on October 5, for an estimate of £40,000 - £60,000. Picture date: Thursday September 30, 2021. (Photo by Gareth Fuller/PA Images via Getty Images)

(CNN) — The bridge made famous in the Winnie the Pooh books — where the bear and his friends played “pooh sticks” — is up for sale by the British auction house Summers Place.

The bridge in Ashdown Forest in England was the inspiration for the game described in A. A. Milne’s first Pooh book, “The House at Pooh Corner,” and illustrated by E. H. Shepard.

“Originally known as Posingford Bridge, Christopher Robin played on it as a child in the 1920’s with his father, the author A.A. Milne, inventing the game of Pooh sticks which provided the inspiration for the subsequent books,” the listing says.

Robin renamed it Poohsticks Bridge in 1979.

In 1999, the original bridge was replaced with a replica after it became “worn and degraded by the countless thousands of visitors” over the years, the listing says.

It was dismantled and stored at Ashdown Forest Centre until the local council moved to have it “rescued,” the auction house said.

The restoration includes local oak as replacement for any pieces that were missing, the listing says.