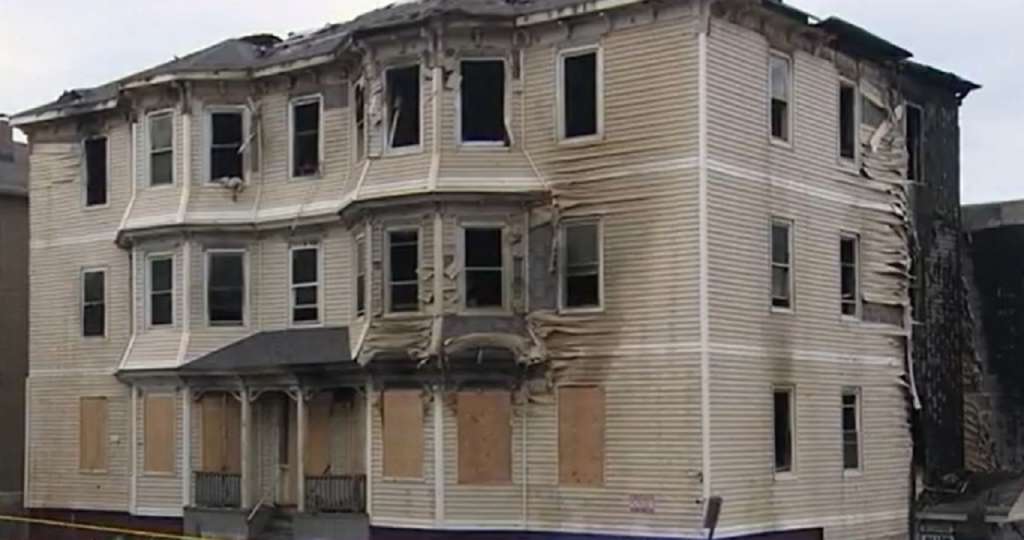 WORCESTER, MASS. (WHDH) - A 36-year-old woman was indicted on four counts of second-degree murder in connection with a May fire that killed four people, the Worcester County DA said.

As 7NEWS previously reported, firefighters responding to reports of a blaze at a six-family three-decker home on Gage Street at 3:30 a.m. on My 14 found a fire that eventually went to four alarms.

Two people were pronounced dead at the scene but firefighters were unable to fully search the building due to structural concerns, and snakes in the building had to be removed as well, officials said.

Two more victims were found two days later, according to the Worcester District Attorney’s Office. Another person jumped from a window to escape the flames and was seriously injured.

The victims were identified as: Joseph Garchali, 47; Christopher Lozeau, 53; Vincent Page, 41; and Marcel Fontaine, 29, according to the DA’s office. The cause of their deaths involved smoke inhalation and thermal injuries.

Ngoiri was taken into custody by Worcester Police Thursday and is expected to be arraigned in Worcester District Court Friday.