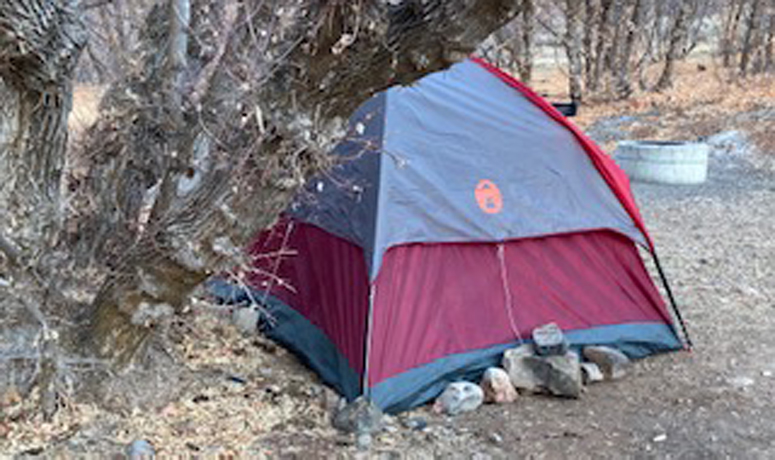 (WHDH) — A woman who had not been seen since 2020 was found living alone in a tent in the forest over the weekend, authorities said.

Crews conducting an aerial search for a 47-year-old woman who disappeared in November in the area of Diamond Fork in Utah on Sunday were forced to set out on foot after the drone they were using crashed, according to the Utah County Sheriff’s Office.

As search crews walked into the hills to find the drone, they stumbled upon a tent that they initially believed was abandoned, authorities said. The zipper of the tent then suddenly opened and the woman they had been searching for since December emerged, emaciated and frail.

“This woman, age 47, had lost a significant amount of weight and was weak,” the sheriff’s office said in a news release. “She was apparently also resourceful.”

Authorities say the woman “knowingly chose to remain in the area” after setting out on a camping trip in November.

While the woman did reportedly have a small amount of food, she is said to have foraged for grass and moss to subsist. There was also an ample supply of water in a nearby river.

The woman was taken to a local hospital for a mental health evaluation.