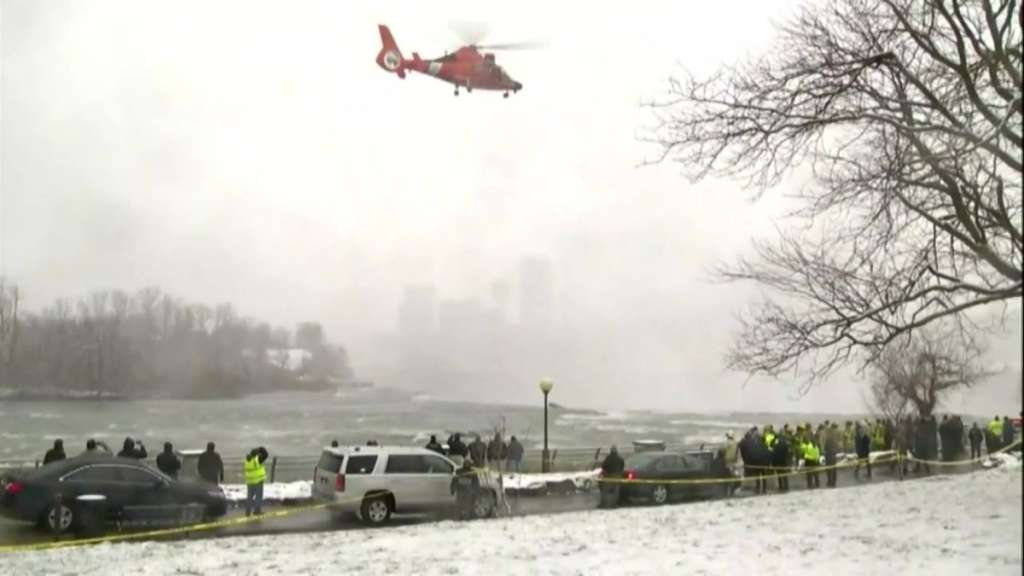 (CNN) — A woman who was pulled from a car submerged in rushing water near the brink of Niagara Falls has died, New York State Park Police said Wednesday.

The unnamed local woman in her 60s was pulled from the car by a rescue swimmer dangling from a US Coast Guard helicopter about 50 yards from the American Falls, police said.

“We have never had a vehicle in the water this close to the brink,” New York State Park Police Captain Chris Rola said in a press conference.

The woman was the only occupant of the car, which witnesses spotted floating down the river, Rola said.

Investigators believe the vehicle drove into the river in between a pedestrian and vehicle bridge but it’s unclear what circumstances led to the incident.

The Coast Guard was deployed after police were unable to make a successful recovery, Rola said. Drones were also used to determine whether there were additional occupants in the vehicle and obtain license plate information, he said.