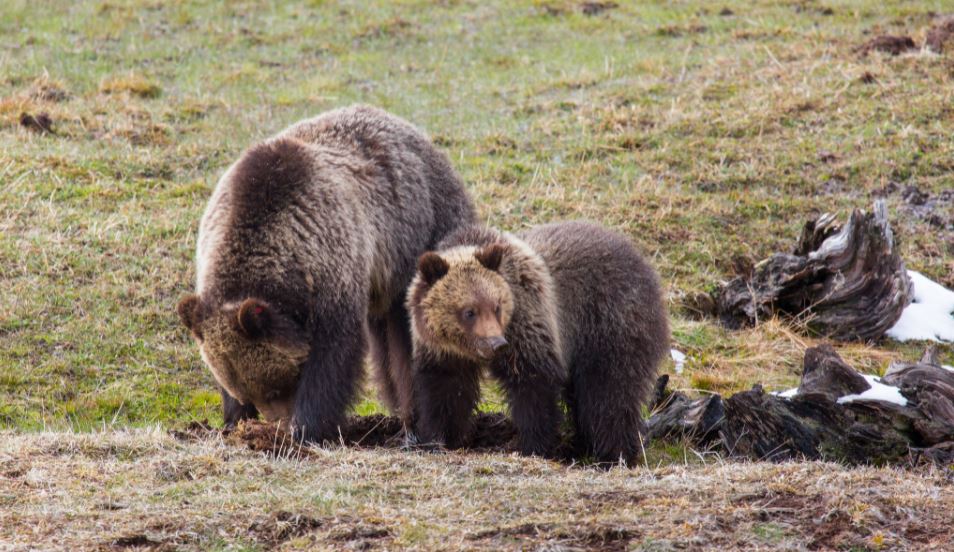 (CNN) — A 25-year-old woman from Illinois has been sentenced to four days in federal custody for staying too close to a grizzly bear and her cubs at Yellowstone National Park in Wyoming.

Samantha Dehring pleaded guilty on October 6 to “willfully remaining, approaching, and photographing wildlife within 100 yards,” according to a Department of Justice news release.

In addition to the four days in custody, Dehring received one year of unsupervised probation. She was also ordered to pay a $1,000 fine and a $1,000 community service payment to Yellowstone Forever Wildlife Protection Fund, a $30 court processing fee and a $10 assessment. Dehring is banned from Yellowstone National Park for one year.

Dehring will serve her time in federal custody in a county jail, according to a Justice Department spokesperson.

According to violation notices, the charges stemmed from an incident on May 10, 2021, at Roaring Mountain when a sow grizzly and her three cubs were sighted. Other visitors slowly backed away and got into their vehicles, but Dehring stayed. “She continued to take pictures as the sow bluff charged her,” the news release reads.

“Wildlife in Yellowstone National Park are, indeed, wild. The park is not a zoo where animals can be viewed within the safety of a fenced enclosure. They roam freely in their natural habitat and when threatened will react accordingly,” said Acting United States Attorney Bob Murray, in the Justice Department announcement. “Approaching a sow grizzly with cubs is absolutely foolish. Here, pure luck is why Dehring is a criminal defendant and not a mauled tourist.”

Yellowstone lists prohibited activities on its website. Rules pertaining to the park’s famed geysers and other thermal features are outlined in addition to those related to wildlife.