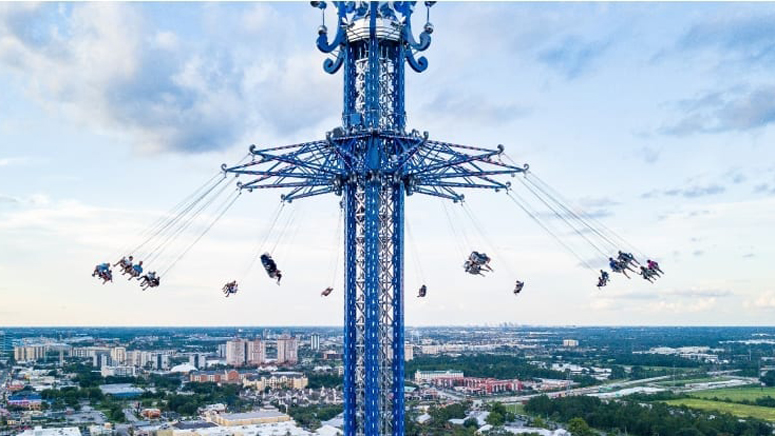 (WHDH) — A worker conducting a daily safety check reportedly died after he fell off of a 450-foot tourist attraction on Monday morning.

The 21-year-old worker was climbing the StarFlyer attraction in Orlando, Florida, around 7:40 a.m. when he plummeted about 200 feet to his death, Orange County Sheriff’s Office deputies told WKMG-TV.

The man, whose name has not been released, went into cardiac arrest after landing on the platform of the massive swing ride, rescue officials told the news outlet.

He was taken to a local hospital, where he was pronounced dead.

The StarFlyer is located in Orlando’s ICON Park. It claims to be the world’s tallest swing ride attraction.

The ride will remain closed while authorities continue to investigate the incident.