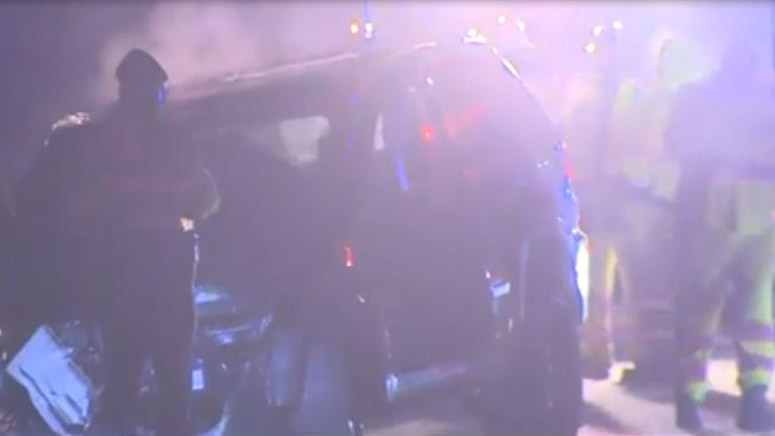 BRAINTREE, MASS. (WHDH) - A wrong-way driver is facing a driving under the influence charge after police say he hit a police cruiser and contractor’s truck on Sunday morning in Braintree.

Fay was under the influence of alcohol when he struck the police cruiser and a Chevrolet 4500 flatbed, according to police.

The trooper was unharmed but the contractor, a 53-year-old Stoughton man, suffered minor injuries when the flatbed was struck, officials said. He was taken to the hospital to be treated for those injuries.

Fay will be arraigned on charges of operating under the influence of liquor, having an open container of alcohol in a vehicle, and negligent operation, police said.