Yes, there are turkeys for Thanksgiving – for a price 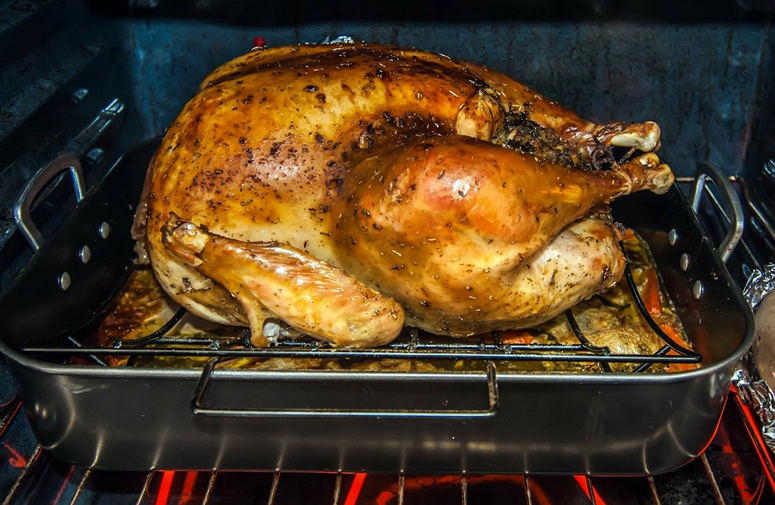 Turkeys may not be able to fly very far. But their prices can soar — along with the costs of other holiday staples like cranberry sauce and pie filling.

The Thanksgiving table hasn’t been spared the price inflation that is rampant elsewhere in the economy because of strong consumer demand and labor shortages.

The American Farm Bureau estimates a Thanksgiving feast for 10, complete with sweet potatoes, rolls, a vegetable tray and a pie with whipped cream, will cost $53.31 this year, up 14% from a year ago. It’s an unusual spike. Before this year, the annual cost estimate had been falling since 2015.

A more recent survey of grocery store prices by the U.S. Department of Agriculture shows a different basket of Thanksgiving staples up 5.5%, after stores started running more discounts.

“The inflation is real. Everybody is saying that. Everybody is feeling it,” said Butterball President and CEO Jay Jandrain. “Whether it’s labor, transportation, packaging materials, energy to fuel the plants — everything costs more.”

But Jandrain said labor shortages have lessened and the company was able to secure enough trucks to get its turkeys to grocery stores. So there will be about the same number of whole turkeys as last year, but fewer smaller birds.

“The good news about that is everybody loves the after-Thanksgiving leftovers, and they are going to have more of them this year,” Jandrain said.

According to the USDA, the average wholesale price of an 8- to 16-pound frozen turkey in mid-November was $1.35 per pound, up 27% from a year ago. Stores offer discounts to lure shoppers, and the average advertised price of that size turkey the week before Thanksgiving was well below the wholesale cost, at 93 cents per pound, the USDA said. That’s still up more than 9% from last year.

For other staples, weather conditions compounded labor shortages. Pumpkin crops were smaller due to heavy rains and a fungus in Illinois — a top supplier — and drought in California. In early November, fresh pumpkins were averaging $2.72 per pound, up 5% from a year ago, according to Nielsen IQ. Prices for green beans were up 4% while canned cranberry sauce was up 2.5%.

Ryanne Bowyer of Dallas, Texas, usually buys turkey a day or two after Thanksgiving to save money. But this year, she signed up for Ibotta, a receipt-scanner app, which gave her a turkey, potatoes, corn, soup, gravy and cornbread from Walmart — all free — just for signing up.

“If that hadn’t come along, the plan was just to go to the woods with my wife and grill wieners,” Bowyer joked.

Still, many retailers facing cost pressures of their own are pulling back on their usual Thanksgiving promotions. In the week before Thanksgiving, the number of U.S. stores offering specials on turkeys was at the lowest level since 2017, said Mark Jordan, the executive director of Leap Market Analytics, which follows the livestock and poultry markets.

“There will still be some discounts, but some of the extreme giveaways are going to be fewer and farther between,” Jordan said.

Diana Jepsen, a retiree from West Hartford, Connecticut, said she usually pays $1 per pound for her Thanksgiving turkey. This year, her 23-pound Butterball cost $1.50 per pound. But she still thinks that’s a good value, especially compared to the recent price increases she has seen for beef and chicken.

Jepsen will celebrate Thanksgiving with 21 family members, including her 96-year-old mother. Her Cuban-American family bastes the turkey in a mojo criollo marinade. Jepsen’s husband, George Jepsen, the former attorney general of Connecticut, cooks the turkey, following his mother-in-law’s recipe. Other staples they serve, including black beans and yucca, haven’t increased in price, she said. Jepsen also got boxed stuffing on sale.

“We still think it’s a good bargain to be able to serve that many people,” she said.

That could help the turkey business, however, which for years has faced faltering demand for parts like turkey breasts and deli meat. The industry slaughtered 159 million turkeys in the first nine months of 2021, giving the U.S. its lowest per capita supply of turkey since 1987, Jordan said. Higher prices could encourage farmers to raise and slaughter more turkeys next year.

For some shoppers, availability — not price — was the biggest concern this year. Lauren Knapp, an economist in Rochester, New York, bought two frozen turkeys on sale weeks earlier than she might have because she worried about shortages. Knapp and her partner plan to make a practice meal on Thanksgiving and a second meal for relatives in early December.

“Friends in D.C. were saying it would be a chicken Thanksgiving because they can’t find turkey anywhere,” said Knapp, who was relieved turkeys were available even though some items she buys, like low-sodium turkey slices for sandwiches, have been harder to come by this year.