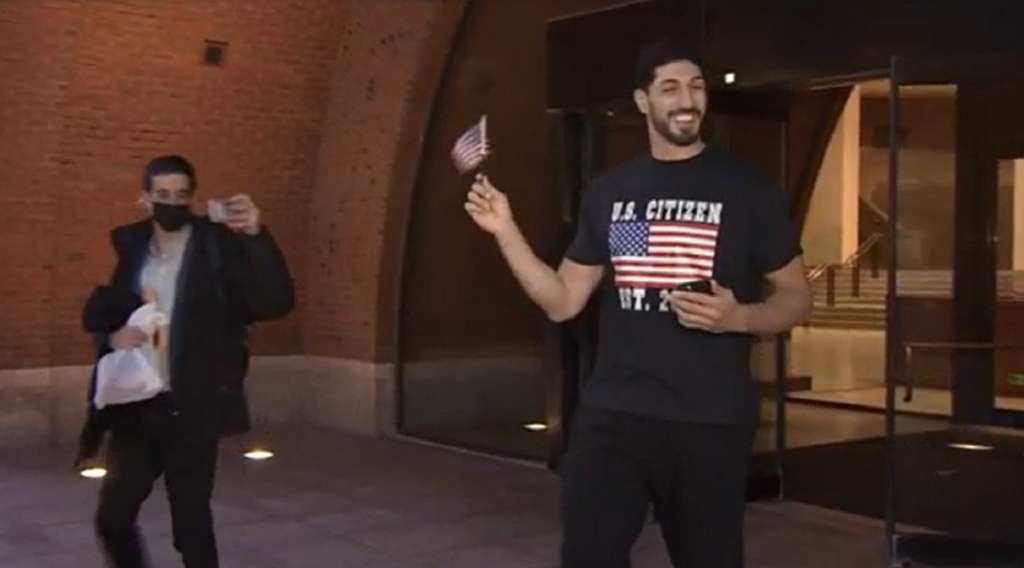 The Boston center obtained his citizenship on Monday, waving an American flag as he walked out of the Moakley Courthouse.

“I waited for this moment for like six years now and it’s finally happening, it’s like a dream come true,” Kanter Freedom said. “America gives you opportunity, freedom and human rights. You can have anything you want here.”

And with the new passport comes a new legal name: Enes Kanter Freedom.

Kanter Freedom was raised in Turkey and has criticized Turkish President Recep Tayyip Erdoğan, leading the country to revoke his passport. Kanter Freedom has also spoken out against human rights violations in China.

And he said his fellow Celtics helped welcome him to the country, culminating in his citizenship.