You can learn to put names to faces while you sleep, study finds 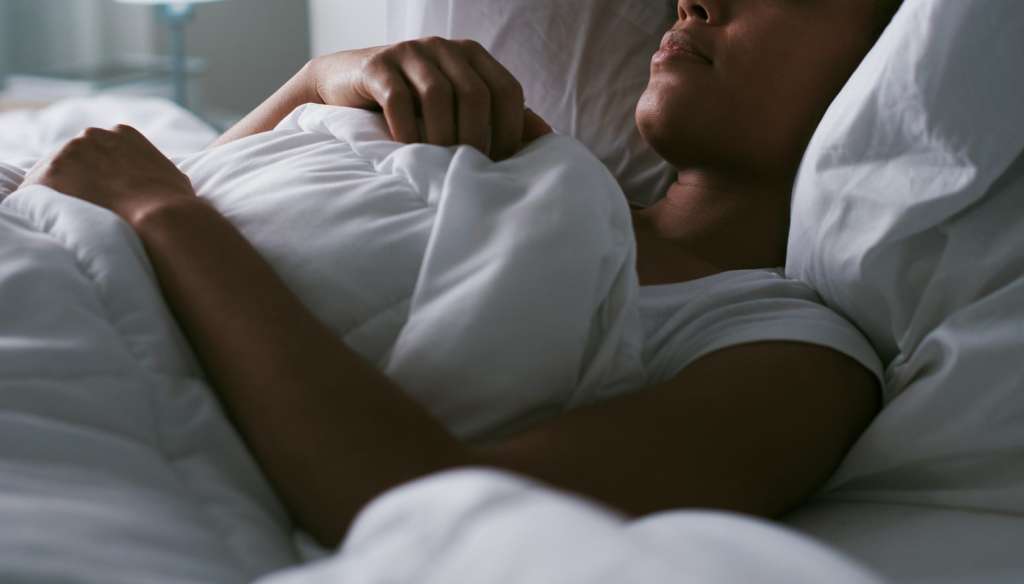 Researchers from Northwestern University found playing a recording of people's names during a night's deepest sleep period reinforced peoples' memories and improved their ability to recall names and faces the next morning. Credit: Adobe Stock

(CNN) — Need to quickly put a name to a face on a company video call? About to play charades online with your new partner’s entire family? Or are you fretting about putting a name to that colleague’s face when you do go back to work in person?

One day soon you may have a tool to help you quickly learn and retain names and faces, according to a new study published Wednesday in the journal NPJ: Science of Learning. Researchers from Northwestern University found playing a recording of people’s names during a night’s deepest sleep period reinforced peoples’ memories and improved their ability to recall names and faces the next morning.

“Our study showed that when memories are reactivated during sleep, memory abilities can be improved after you wake up,” said senior author Ken Paller, a professor of psychology and director of the Cognitive Neuroscience Program at Northwestern University.

In fact, people were found to remember an average of one and a half more names than they did before they slept. But, Paller added, it only worked when “sleep was not disturbed at the time of memory reactivation.”

If you wake frequently due to noises or sleep apnea or to use the bathroom, that’s interrupting your sleep cycle — and depriving the body of the restorative sleep it needs.

The body’s sleep cycle moves though four stages of sleep four to six times each night. In stages 1 and 2, the body starts to decrease its rhythms. Heartbeat and breathing slow, body temperature drops, and eye movements stop. That prepares you for the next stage — a deep, slow-wave sleep, also known as delta sleep. During deep sleep, your body is literally restoring itself on a cellular level — fixing damage from the day’s wear and tear and consolidating memories into long-term storage.

Rapid eye movement sleep, called REM, comes next. This is the stage in which we dream. Studies have shown that missing REM sleep may lead to memory deficit and poor cognitive outcomes, as well as heart and other chronic diseases and an early death.

Paller and his team asked a small group of 24 people to try to memorize pictures of 80 faces and corresponding names: Half of the images were said to be students from a Latin American history class; the other half were described as students in a Japanese history class.

Each person was then wired to an EEG machine, which records the electrical activity of the brain, and allowed to take a daytime nap.

During their snooze, the researchers carefully monitored brain activity. When brain waves showed that the person was in slow-wave or deep sleep, some of the names they had studied were played quietly on a speaker.

Music associated with either Japanese or Latin cultures was also played to help with association. Music has been shown to trigger the hippocampus, the part of your brain associated with long-term memory storage.

“When our participants woke up, they were relatively better at recognizing people’s faces and remembering their names — compared to memory for faces and names not reactivated during sleep,” Paller said.

People with longer periods of deep sleep, the study found, had the best memory recall.

However, if the brain waves showed the person’s sleep had been disturbed during their nap, there was no improved recall on the test. That’s an important finding, said lead author Nathan Whitmore, a doctoral candidate in the Interdepartmental Neuroscience Program at Northwestern, in a statement.

“It’s a new and exciting finding about sleep, because it tells us that the way information is reactivated during sleep to improve memory storage is linked with high-quality sleep,” Whitmore said.

Exciting enough to use it at home? Not quite yet, Paller said.

“We are currently testing methods for implementing these procedures in the home,” he told CNN. “However, there isn’t enough evidence to be confident about how much of a gain is possible.”

Future studies should help discover “how these techniques could be used effectively,” he said. In the meantime, the key to a good memory is to get high-quality, uninterrupted sleep.

“Through high-quality sleep, our memories are more likely to be available when we need them, so that we can use them to support decision-making, creativity and problem-solving,” Paller said.